The Ministry of Finance has finally announced the forecast of expenditures, revenues, and economic reforms for the upcoming fiscal year in the form of the federal budget 2022-23. Finance Minister Mifta Ismail said that the budget was announced at a difficult time, so the government had to take tough decisions to ensure the country’s economic development and growth during the “hard times” ahead.

Now, without further ado, let’s take a look at a quick summary of the federal budget 2022-23 and how it will affect the common man.

The federal budget for FY 2022-23 was presented with an outlay of PKR 9.5 trillion. Here’s a quick look at what it entails:

Due to the shortage of funds and strict IMF policies to comply with, the federal government has cut down on subsidies and announced reversals in a few taxation policies, impacting key industries.

These were some of the key highlights of the federal budget announced for the 2022-23 fiscal year. So, what do you think about the government’s recently introduced changes in economic and taxation policies? Share your thoughts at blog@zameen.com. We’d love to know about your point of view on this very important subject.

To read the most informative news updates and best real estate blogs in Pakistan, head over to Zameen Blog. You can also subscribe to our email newsletter to stay updated with our latest blog posts. 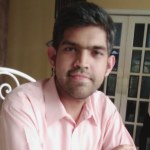 Tips for Building An Energy-Efficient Home

How to Choose the Right Mirrors for Your Walls

Want to Go for a Swim? Check Out These Top Swimming Pools in Islamabad