Update (November 6, 2019): During the 9th meeting of the Joint Cooperation Committee (JCC) of the China Pakistan Economic Corridor (CPEC), it has been decided that the groundbreaking of ML-1 railway project will take place within the next six months.

Mainline-1 (ML-1) is an important project of the China Pakistan Economic Corridor (CPEC). It entails a complete infrastructure overhaul of the 1,680 km railway tracks from Karachi to Peshawar. After the upgrade, the speed of trains is expected to increase from 65 to 105 km/h to 120-160 km/h, which will cut the travel time between the two cities to half.

It is expected that this multi-billion dollar CPEC project will be completed in three phases. Earlier this year in April, Pakistan and China decided to amend the terms of agreement of the Mainline-1 railway project under the China-Pakistan Economic Corridor (CPEC). The project has now been reduced to 1680 km from 1872 km. As mentioned on the CPEC’s official website, the ML-1 railway project will operate under the Build-Operate-Transfer (BOT) model through a public-private partnership. Initially, the deadline for the project was set at three years, but now it’s been extended to six. The government of Pakistan has also decided to exclude a component of the project: the 163 km long double line between Karachi and Hyderabad.

Let’s discuss the three phases of the project in detail.

The three phases of Karachi-Peshawar Railway

As mentioned, earlier this year, the government of Pakistan had set up an Implementation Committee for the ML-1 railway project to review the cost of the existing $8.2 billion and make it more financially viable. According to the original plan, the project was divided into two phases, but it will now be split into more than two phases. Some other parts of the original plan, e.g. the construction of a 1,872 km long line of Pakistan Railways, have also been dropped.

The project faced over three years of delay. Therefore, the scope of the project was reduced to cut down the project costs. The phase-I of the ML-1 railway project will cost around $2 billion, while the initial estimate hovered around $3.4 billion. In addition, some parts of the ML-1 will be funded by the Public Sector Development Programme to avoid reliance on China.

As per the framework agreement for the ML-1, China – Pakistan’s all-weather friend – was supposed to provide 85% of the project cost as a concessionary loan.

Under Phase-1 of the project, four sections will be completed in a period of three to four years. Most of these sections will be built from Rawalpindi to Lahore. As per a report published in an English daily, “A 52-km-long second line for running 120 km per hour high-speed train will be constructed from Kaluwai to Pindora. The other sections include upgrading of Nawabshah-Rohri section of 183km, Lalamusa-Rawalpindi section of 118km, and Lahore-Lalamusa section of 132km. The upgrading of Walton Railway Academy with a reduced scope is also part of phase one.”

It is expected that the second phase would require a period of three years to complete in which the Multan-Lahore section and Kimari-Hyderabad section will be developed. The second phase of ML-1 railway project mainly includes the construction of the dry port at Havelian but its scope has been reduced to cut down project costs.

As part of the third phase of the railway line’s refurbishment and upgradation, the two neighbouring countries have agreed to construct a Rawalpindi-Peshawar section and Hyderabad-Multan section.

When the project was announced, the ML-1 comprised mostly a dual-track railway line between Karachi and Shahdara, a suburb in Lahore. From Shahdara to Peshawar, the road mainly consisted of a single track. The construction work to dualize the entire track between Karachi to Shahdara was completed and inaugurated in January 2016. As part of the first phase of the CPEC’s ML-1 railway project, the other stretch of the track between Shahdara and Peshawar will be upgraded to a dual-track railway as well.

The upgradation of ML-1 railway will benefit in the following way:

The Karachi-Peshawar Railway line is part of a broader plan that comprises the development of modern infrastructure in Pakistan along with energy plants and special economic zones.

If you are interested to know about the latest updates on CPEC and Gwadar, then stay tuned to the best property blog in Pakistan. Oh, and don’t forget to check out our guide for foreign investors in Gwadar Free Zone.

You can provide us your precious feedback at blog@zameen.com. 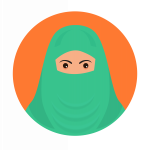 AS
AS writes for a positive change. She believes that words hold immense power! She bears an entrepreneurial spirit. In her free time, she motivates women to follow their dreams.
whatsapp