Montviro: A project to change how you look at Islamabad!

The role and scope of Islamabad as Federal Capital of Pakistan demands the addition of high-end commercial projects, mixed-use developments, and recreational facilities. These factors become even more important in the backdrop of infrastructural development and trade activities planned under China Pakistan Economic Corridor (CPEC).

Irtifa Group is one of the developers eager to help Islamabad become compatible on that end. With their unique project Montviro, the developer is working on a highly detailed and well-conceived plan to bring some of the highly-sought business, trade, hospitality and recreational facilities to help Islamabad hone its superior status. Here is why you should closely watch Montviro as an investment prospect.

It is located in Mouza Phulgran in Islamabad’s Zone IV. Having its main access from Murree Expressway, it is highly accessible from all parts of capital including Bani Gala, Bhara Kahu, Quaid-e-Azam University, all sectors, projects and areas managed by the Capital Development Authority (CDA), as well as Murree. Not to mention that many important developments such as Sheraton Golf & Country Club, Bahria Enclave, and Park View City are also located close by.

The other important areas located at short distance from Montviro include Rawal Lake, Chak Shezad, Pir Sohawa, National Zoo and Botanical Garden and Shakarparian National Park. It is important to mention here Montviro will have a 600-feet wide front on Murree Expressway.

To get right-of-way from the Expressway, issuance of an NOC from the National Highway Authority (NHA) is underway. The developer has also applied for constructing a dedicated interchange on the expressway and subject to approval, it will construct a full-fledged interchange at an estimated cost of PKR 350 million.

Montviro will ultimately be planned on an area spanning 326 kanals of land, and will be developed under various phases. The developer has so far acquired 170 kanals while the process to acquire the remaining land is underway.

In its very essence, Montviro will be a mix of various development catering to the needs of diverse business entities including brand stores, known national and international producers of construction material, multinational corporate firms and local vendors known best for their products and services. The details the developer has in mind for businesses to be facilitated at Montviro are quite inspirational.

Furthermore, the project will feature Pakistan’s first five-star hotel matching the book definition of what makes a hotel earn this rating. The hotel will feature 507 rooms and 8 suites. Wait for our next update featuring the details on this hotel. In addition to that, Montviro will feature the biggest shopping mall of the twin cities, which will be home to 1,600 shops.

That, coupled with an amusement park featuring some of the rides to be introduced for the first time in Pakistan, makes Montviro a development to watch out for. The attractions you should expect to experience here include Pakistan’s biggest water park, country’s first skywalk, a roller coaster ride, and the largest Ferris wheel.

The developer has submitted an application with the CDA for issuance of related approvals. In this regard, the master plan for Montviro has also been submitted. Furthermore, the process is underway to sought approvals from Environmental Department, Islamabad Electric Supply Company, Sui Northern Gas Pipeline Company and Water and Sanitation Authority (WASA).

Reportedly, the CDA is looking at the application to issue the NOC as soon as possible. It is expected that the formal letter in this regard will be issued in 90 days. As and when there is an update on issuance of relevant NOCs for Montviro, Zameen News will keep you updated.

Development work at the site will formally kick off once the CDA issues an NOC. In the meanwhile, the developer has laid the basic infrastructure to allow formal initiation of construction work at the park, five-star hotel, and the shopping mall.

The developer has made the base ready for the connecting road network. In addition to that, the construction of retaining walls and culverts is in advance stage. Furthermore, the site office is functional, while the accommodation for labour to be engaged for the project and storerooms for construction material have also been set up.

Irtifa Group will develop the hotel, a shopping mall, and an amusement park under the first phase. In this regard, an MoU has been signed with a Chinese firm named Yuanda China Holdings; 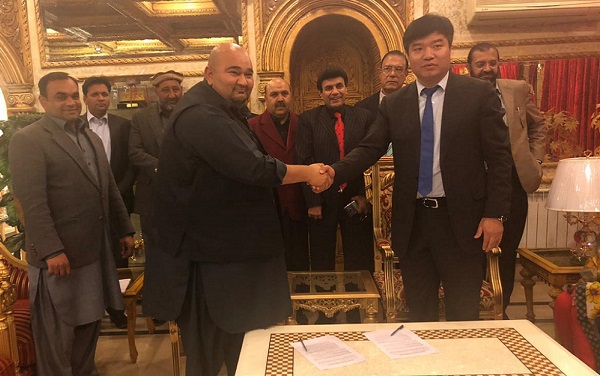 As soon as the details on how soon construction work is to start and when is it expected to be completed under first phase at Montviro, we will keep you posted. But you should know that it will be soon enough to leave you all surprise.

That’s all we had to share with you on Islamabad’s largest and most exciting mixed-use development Montviro. If you have feedback on the article, let us know by leaving a comment below. And if you wish to speak to the developer about anything you have in mind regarding Montviro, call at +92-311-122-2368.

Samra Zulfiqar
Samra Zulfiqar is a real estate analyst at Zameen.com. She likes to dig down deep into the real estate market to figure out which projects can get buyers the best returns on their investment.

Get Ready For Another PSE Dubai!