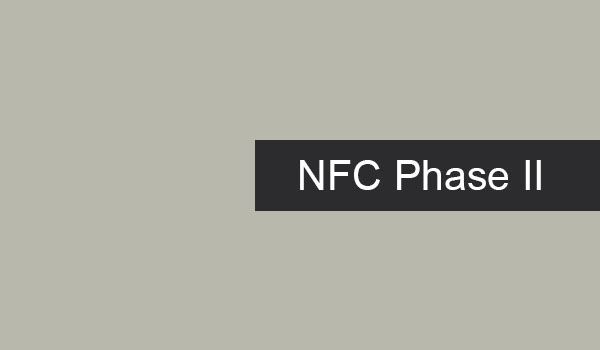 During times of low investment activity, the real estate projects that suffer the most are off-plan properties. Only a few real estate developments can withstand the effects when investors take a backseat and NFC Phase II isn’t among them. The society experienced a constant drop in rates during the last three months and the drop sounds convincing for the long term investors to take a serious look at the project. If you wish to purchase a property in Lahore at market rates much lower than its actual potential, NFC Phase II could be the project for you. Here are the details;

Development work on major parts of Blocks A, B, C, D, E, G and H has been completed while, the next step is carpeting of the roads, which is expected to be initiated when the winter is over. In the meanwhile, work on laying infrastructure for gas, water and electricity lines has been completed. For provision of electricity, the society management is to invite a tender soon. After the details on it are finalised and related development is carried out, the tender for gas will be invited.

In the meanwhile, development work in the remaining blocks has also been initiated and is currently in the preliminary stages. These blocks include Blocks F, J, K, L, and M.

Upcoming AGM and its agenda

The Annual General Meeting for NFC Phase II is expected to take place in the start of next year. The meeting will take important decisions on various matters including inviting tender for electricity, and granting possession in Blocks A, B, C, D, E, G and H once roads in these blocks are carpeted in the first quarter of 2019.

The society management will also discuss important matters including the mechanism to generate funds for continuing with the development work. Furthermore, the decision on compensating the plot owners affected by the Lahore Ring Road’s Southern Loop will also be taken. Sources believe that the owners will be adjusted within the society.

As and when the AGM is held and its details are out, we will keep you posted via Zameen News; stay tuned to that.

With the drop seen in prices of plots for sale in NFC Phase II, investors are once again seen taking interest in the project. Agents also confirmed a rise in the number of inquiries made for NFC Phase II properties listed on Zameen.com. It is a general perception that the gap is destined to filled as the society awaits major developments in terms of granting possession in a few blocks. In fact, the investment prospects for blocks where development work just started is even higher for those having medium to long term investment plans.

It is quite interesting to see that the society has also started to attract the genuine buyers eyeing cheaper options to construct their homes in the months to come. In this regard, it is also expected that the society might announce possession in some blocks. In the meanwhile, the related developments to float tenders for electrification work and getting things in this regard streamlined is equally important for the society to continue to retain market demand.

Since August this year, the average rates of plots in NFC Phase II have dropped by 10.3%. The price depreciation rate is higher for plots that recorded better price appreciation in the past due to their high demand among the investors. To have a better understanding of price drops seen between these months, you should check out our last update on NFC Phase II.

The current market rates fare between the price range shared below; the lower prices are for plots occupying below average locations and higher for those at prime spots.

Based on this update, if you have query or feedback, you can share your thoughts by leaving a comment below. And If you wish to discuss investment options in NFC Phase II with an expert, you can get in touch with Waqar Ahmed Siddiqui of Paradise Real Estate at +92-345-417-7728 or +92-320-470-1674.

Best Outdoor Furniture Materials to Spruce up Your Home

Some Under Development Renewable Energy Projects in Pakistan