Located at the west viewpoint of the picturesque Shakarparian Hills in Islamabad, the magnificent Pakistan Monument represents the cultural heritage and history of Pakistan. This architectural marvel commemorates the martyrs who sacrificed their lives for the country and symbolizes the patriotism of the Pakistani people.

Inaugurated in 2007, this monument in Islamabad is divided into two sections. On the one end stands a giant memorial shaped like the petals of a flower. It depicts the historical events that led to the creation of our nation. Meanwhile, the Pakistan Monument Museum, which houses the only wax museum in Islamabad, is located on the other end.

Its unique design and the scenic location has made it one of the most famous monuments of Pakistan, making it one of the top places to visit in Islamabad.

Here are some more details about this iconic national monument in Islamabad that everyone must know.

The History of Pakistan Monument

The idea to create a national monument in Islamabad was first proposed by former President of Pakistan Pervez Musharraf. The government laid the foundation stone in 2004. In 2005, the Council of Architects and Town Planners organized an architecture competition to select a design for the landmark.

The concept was simple: the monument had to signify a sovereign state and the strength of its people. More than 21 architects from across the country submitted their proposals. The council shortlisted three of them. However, the honour of designing the Pakistan Monument went to Arif Masoud.

The monument was completed in 2006 under the supervision of Engineer Syed Mahmud Khalid. The inauguration ceremony was held on 23rd March 2007. It covers 2.8 hectares of land and holds the first position on the list of national monuments of Pakistan.

The Architecture of Pakistan Monument

The national monument in Islamabad has two distinct sections: the main monument and the museum.

The giant flower-like structure is made of granite and situated on an elevated platform. It comprises four large petals representing the four provinces – Punjab, Sindh, Balochistan and Khyber Pakhtunkhwa.

These big petals are accompanied by three smaller petals. These represent Azad Jammu and Kashmir, Gilgit Baltistan and the Federally Administered Tribal Areas, which used to be a semi-autonomous tribal region until 2018.

Meanwhile, some incredible artwork occupies the inner walls of these petals. These murals illustrate the story of the independence of Pakistan along with celebrating the important landmarks across the country. A team of artists led by Zarar Haider Babri and Kausar Jahan spent some 119,000 hours creating these majestic murals.

The Artwork on Petals

The stunning murals on the first petal of the national monument in Islamabad reflect the beautiful Faisal Mosque, Makli Necropolis in Sindh, Rohtas Fort near Jhelum, Shah Jahan Mosque in Thatta and the port city of Gawadar. Meanwhile, the art of the second petal features images of Quaid-e-Azam Muhammad Ali Jinnah and Fatima Jinnah. It also illustrates the historic Badshahi Mosque and Minar-e-Pakistan in Lahore, Karakorum Highway in the northern area of Pakistan and a crowd watching Quaid-e-Azam’s speech.

The artwork on the third petal includes the images of National Poet on Pakistan Allama Iqbal, Tomb of Shah Rukn-e-Alam in Multan, the famous Mahabat Khan Mosque in Peshawar, Indus River Delta and the magnificent Lahore Fort. Furthermore, the last petal shows sketches of the tombs in Uch Sharif, Islamia College Peshawar, Quaid-e-Azam Residency in Ziarat, Shalimar Bagh in Lahore and the Khyber Pass, to name a few.

Along with a large fountain in the middle of these granite petals, the Pakistan Monument in Islamabad also includes four pillars. These structures display the words ‘Faith,’ ‘Unity’ and ‘Discipline’ both in Urdu and English. There is also a wall with hand impressions of every designer, architect, engineer and labour who helped with the construction.

Right next to the main monument is a circular terrace with beautiful archways that serves as a viewpoint. You can pretty much see the entire city from this place – including the metallic crescent on Shakarparian Hills that has been inscribed with the quotes of Quaid-e-Azam and poetry of Allama Iqbal.

The location of Pakistan Monument and the lush green gardens surrounding it also make it one of the most beautiful tourist attractions in the federal capital.

No wonder many consider Islamabad monument as one of the most Insta-worthy spots in Islamabad.

The museum features beautiful paintings, life-like wax statues, grand exhibits and historical pictures. These mural illustrate major events that led to the creation of Pakistan. From the advent of Islam in the region to the splendours of the Mughal era and from the War of Independence to the Pakistan Movement, this incredible museum makes these past events come back to life.

The museum in Islamabad also houses an impressive reference library along with an Audio Visual Center. This is where you can find archives of historical speeches and other national records. There is also a conference hall and an auditorium known as Panorama Hall. It has a seating capacity of 62 people.

If you’re visiting Pakistan Monument in Islamabad, you must check out this museum as well.

Moreover, the famous Lok Virsa Museum, also called the Shakarparian Museum, is also in the vicinity. So, if you have an interest in the cultural heritage of Pakistan and enjoy art, you need to dedicate an entire day to explore the Pakistan Monument in Islamabad and the two museums. You can also go for a stroll in the nearby Shakarparian Park.

Make sure to check out Zameen Blog, one of the best lifestyle blogs in Pakistan, to find out more about some of the best tourist attractions in the country. 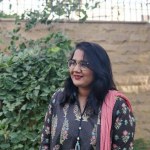 Exploring the Colourful Tradition of Weekly Bazaars in Karachi

How to Check and Pay Your Gas Bills Online in Pakistan