For too long have we, as a nation, undervalued and underestimated the potential of real estate in Pakistan.

One of football’s most prominent commentators, Alan Hansen uttered the infamous words:  ‘You can’t win anything with kids’, at the start of the 1995-6 Premier League season. Unfortunately for someone with as hugely successful a football career as his, and an otherwise unblemished broadcasting profile, he couldn’t have been more mistaken.

And in retrospect, it wouldn’t be unfair to say that never, in the annals of football punditry, has anyone gotten an assessment so wrong. Because disastrously for Liverpool fans like myself, for that season and for the next 20 (and many others), Manchester United went on to win everything – with kids!

At the time Alan Hansen made this remark, it was an established fact that only experienced teams (in whichever arena of life you choose to focus on) win titles. In Pakistan, there is a long-held assumption that real estate is not part of the real economy – a real industry which can add value to a country’s GDP like manufacturing or banking.

Just like Alan Hansen’s rejoinder, these words are out-of-date and flat-out wrong. So it’s high time that we rethink this viewpoint.

The perception of real estate and the property market in Pakistan needs to change.

You may have witnessed the howls of derision from ‘policy experts’ in the aftermath of the new government’s affordable housing initiative launch. This project, as per official accounts, is hinged on the idea that a good utilisation of land and property can form an essential cornerstone of economic policy.

If the naysayers (and detractors of this project) are to be believed, real estate is all about buying and selling a vacant piece of land/property for speculation. Following on their line of reasoning, all property investment is geared to launder dirty money – with all developers being part of the conniving land mafia.

But the gravest misconception that they hold is this: releasing government land for private development is an act of treason.

Now how can we fix this negative connotation?

The solution is simple.

Just add the word development – ‘real estate development’ and/or ‘property development’ – to the equation. Instead of looking at land or property as a zero-sum game, we as a nation should realise that the development of these resources can (and should) be a huge engine of growth. A remedy which our ailing economy desperately needs.

Successful economies utilise land as an instrument of policy.

The policy-makers of Dubai, London, New York, Hong Kong, Singapore, Paris, and Moscow, for instance, deeply understand the value of real estate development for their national economies. They recognize the folly that is inherent in holding significant portions of land; just for the sake of it. The correlation that exists between the two concepts, in their minds, is inseparable.

By guarding against this economic hazard, cities like Dubai, in a very short period of time, have transformed their marketability and liveability profiles. This evolution has turned them into economic and real estate powerhouses – with a global standing.

The world’s most successful economies have thriving real estate development markets. They utilise property like a resource and reap its monetary benefits as part of a standard procedure. And quite impressively, they have employed a combination of private-public capital to get to this stage. Singapore and Dubai are two shining examples of this model.

Fortunately, in Pakistan, attitudes seem to be changing; albeit slowly.

Some of the key state stakeholders, such as the federal and provincial governments, along with a handful of developers, have grasped an understanding of the net positive effect of real estate development on the economy. For them, jobs creation is a particularly beneficial aspect of this growth; something which can be realistically expected through the implementation of the Government of Pakistan’s affordable housing initiative.

If successful, it would be a huge boon for the country.

However, it should be recognised that this initiative is only part of the solution – and not the whole ball game. It primarily addresses the issue of building homes for the disadvantaged. Its purpose is public welfare.

It doesn’t (nor is it meant to) embrace a commercial imperative driven by self-interest – that can otherwise be expected to yield private investment aimed at developing the country’s physical and soft infrastructures.

The demand for growth in the country is being advanced by an aspirant class of professionals and entrepreneurs who are demanding better quality homes, more liveable and secure communities, recreational and lifestyle destinations, a truer retail experience, and better offices.

Some of these demands have been catered to by projects like DHA, Bahria, Eighteen, and Park View City; to name a few prominent examples. At present, there is a requirement for homes, retail constructions, recreational & hospitality facilities, and better workplaces. All of these amenities fall outside the domain of affordable housing. Contrary to prevailing attitudes, the potential in their development is only now beginning to be addressed seriously. This is where real estate development can play a major role.

Where is the demand for property (you may ask)?

It’s everywhere, both latent and actual; held by people conforming to all classes of society.

Affluent Pakistanis possess significant disposable income, and they are big investors in local and international property. They already invest heavily in real estate. Given better purchasing options, they will invest even more. And in view of the new transnational restrictions to curb money-laundering in foreign countries, it is likely that they will put more of their money inside their home country.

The Pakistani middle-class is sizeable. As per available figures, over 30% of the population is lumped into this demographic category. In numbers, this amounts to approximately 10 million families. The combined purchasing power parity of this grouping is estimated at US$ 600 billion. Only 28% of the people hailing from this class segment, however, currently own property. Also, an estimated 100 million people in Pakistan are below the age of 35.

From these statistics, one conclusion is clear: demand among all classes will increase exponentially as the population grows older.

Many of these individuals, including our brightest minds, will leave the country unless Pakistan gives equips them with suitable economic opportunities – which their skills and expertise deserve.

Many voices, with ABAD being a prominent case, have spoken very eloquently about the benefits that can be attained from developing the property market in Pakistan. As this issue has increasingly become self-evident over the recent years, there is no need to reiterate the eye-catching figures. The fact that developing affordable housing will pave the way for over 6 million jobs, 5 million homes, and a groundswell of investment opportunities has been made abundantly clear.

In my view, even these incredibly attractive figures do not adequately articulate the benefits of a coherent real estate development policy (see later). We, therefore, need to look at real estate like we do any other industry. (For more on this, read this article ).

Zameen.com is at the forefront of ushering in a brave new world in terms of promoting the importance of real estate and developers – who are now selling actual dreams and lifestyles, and not just tracts of land. This vision now needs to be embraced by our policymakers, who must make recommendations to utilize our land resources for the purposes of creating transformational change in our society.

When we think real estate development, we should think big.

There is no limit to what we can build.

All of the above are examples of real estate developments that can easily be funded and developed by the private sector.

As a nation, we have two main resources – our people, and our land. By exploring the latter, we will benefit our people and enrich their lives.

So let’s start dreaming about our future, and going beyond our conventional states of thinking – if not for ourselves, then for our future generations’ sake. 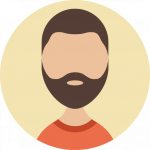 Arsalan Shaikh
A. Arsalan Shaikh is a US qualified real estate development lawyer based in the UAE who has worked previously in Pakistan and the United Kingdom.