Different Types of Mangoes and Their Specialities

All hail the KING! The arrival of summer in Pakistan also translates into mango season. After all, we are now the fourth largest producer of mangoes in the world with more than 400 varieties. While summers are usually all about fruits, mangoes have a special place reserved for them in the hearts of Pakistanis everywhere. The heavenly fruit can be great as raw in salads, chopped into desserts, pureed into beverages like smoothies and mango lassi, and even pickled into the typical aam ka achaar or shredded mango murabba.

The history of mangoes dates back over a thousand years. Aside from being the most delicious fruit, every part of mango including the fruit itself, its skin, leaves, the bark of the tree, and even the pit is useful as a health remedy in one form or another.

With almost everything being unique about mangoes, this summer, we took the liberty of compiling the various and popular varieties of mangoes available or grown in Pakistan and their specialties. Talking about summer, you can also check out these 14 foods that will keep you cool this summer. So, without further ado, let’s get discussing.

The mango was most probably first cultivated in Varanasi, India. Since the owner of the tree had, unfortunately, some problems with his legs, the mango came to be known as “Langra.” Langra maintains its green colour even after it’s ripe, while other mangoes change into a yellow-reddish colour. Langra’s flesh is fiber-less, yellowish brown and has a strong smell when ripe. The distinctive feature of Langra is that it is medium-sized, naturally very sugary, soft, and the seed is small and oval. It usually hits markets in mid-July to August.

This mango originated from Rahim Yar Khan and Multan. Muslim Suri Emperor, Sher Shah Suri named it “Chaunsa”. The Chaunsa mango of Pakistan is one of the most loved types of mangoes across the world. It is an exceptionally juicy, deliciously soft mango with a wonderful fragrance, minimum fibre, and succulent flesh. Chaunsa has quite a thick stone. And the flesh is reasonably light yellow. Its ripening season is June-August, and it keeps on delighting until late September.

The mango owes its existence to Anwar-ul-Haq, a man who first cultivated it in a village named Rataul near Baghpat district in Uttar Pradesh, India. As of now, Anwar Ratool or Anwar Ratol is extensively are in the Punjab province of Pakistan. The mango contains its rich flavour all over the world.  It has a delightful and distinctive taste. Its peak season is from mid-July to August.

It ripens in September and is a unique breed of mango. As for the story behind the name is that, a widow by the name of Fajri who lived in the city of Malda, Bihar. She inherited a tree which grew these mangoes from her forefathers and therefore it was named so. The skin of this mango is pale, and the pulp is fibreless. Fajri has its sweet taste and exceptionally rare texture.

Sindhri is a leading variety of mango from Sindh with its origins in Mir Pur Khas. A large, oval-shaped mango which is extremely sugary, low in fibre, and highly aromatic. For many, Sindhri mango is the epitome of taste and texture in mangoes.

Dussehri traces its roots back to the gardens of the Nawab of Lucknow in the 18th century. Mouth-watering and lip-smacking, the mango has the juiciest and sweet pulp with an exquisite taste and delightful aroma. For instance, you can soften the mango by pressing it lightly with your fingertips beforehand. The sweet syrup leaves you wanting more even after having 2 or 3 in one go.

This mango is grown many parts of Pakistan and India. Noticeable due to its distinct lovely fragrance, Neelum is available throughout the season, but the tastiest ones arrive by June.

Saroli, Sonari, Malda, Gulab Khans, Totapari, Beganpali, Collestor, and Pndam are other famous and readily available mangoes in Pakistan. However, these are not that popular choice. Mango is the second most exported fruit from Pakistan, bringing in around $100 million in foreign currency. With over 500-1,000 popular varieties of mangoes available all over the world, each differing in size, shape, taste, and colour. In other words, no wonder it is crowned as the king of fruits!

Did we forget to include your favourite? Help us make our list more comprehensive by sharing your preference with us in the comments section below. 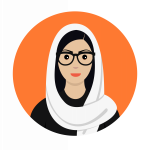 SU
A computer engineer with a passion for writing and everything creative. Her greatest dream is to make people pause, wonder and smile.
whatsapp

Exploring Gulberg Islamabad – A Meticulously-Planned City within a City

How to Make Your Garden Look Beautiful on a Low-Budget

The Best Places to See in Islamabad for Tourists