Dollar Hits Record High In Pakistan: Here’s What You Need To Know

The increasing US dollar rate in Pakistan has left everyone, for lack of a better word, astonished. But before you start weighing in on the subject with a colleague at the office or your workout buddy at the gym, remember that there are various factors behind the increasing dollar value against the Pakistani rupee.

Rise of imports, decreasing remittance and, most importantly, the agreement on the terms laid down by the International Monetary Fund (IMF) are constantly devaluing the local currency against the dollar.

Was the dollar price in Pakistan always above PKR 150? Of course, not. The rate of dollar in Pakistani market has been continually rising for the last two decades. Have a look at the chart below showing a gradual but substantial increase in dollar rate since 2000.

Rising Dollar Rate in Pakistan Since 2000

The US dollar is one of the top performing currencies in the world. It is a global currency that is used in international trade between Pakistan and rest of the world. There has been a significant surge in the value of the dollar against the Pakistani rupee over the course of the last 20 years

The chart above shows you the lowest dollar price in Pakistan, over the past two decades, of around PKR 52, which was in 2000. Multiple factors such as global war on terrorism, political instability in the region and decreasing imports at that time had caused the rate of dollar to go further up and in the mid 2000s it was at around PKR 60.

The surge continued in the following years. In 2012, the US dollar reached its record high price in Pakistan’s open market as it crossed the mark of PKR 100.

Widening trade deficit and increasing pressure of the funds borrowed from the World Bank and the IMF are some of the main reasons why the US dollar is gaining strength against Pakistani rupee day by day, almost literally. Just in May 2019, the dollar went up by almost PKR 10 rupees and reached an all-time high of PKR 154.2.

Despite all the aforementioned factors, it’s not all doom and gloom. Be it on the state or individual level, with the help of certain measures, this rapid surge in US dollar value in Pakistan might be slowed down.

According to a 2018 report published in Dawn Newspaper, Pakistan and China have agreed to trade in their local currencies: rupee and yuan. Both of these countries have plans to abandon using the US dollar while trading with each other.

The use of local currencies is expected to provide some sort of relief to the economic woes in the region of South Asia. The phenomenon of trading in local currencies was discussed at a high level meeting between Prime Minister of Pakistan Imran Khan, Chinese President Xi Jinping and President Tayyip Erdoğan of Turkey.

Turkey has also shown great support in this concern as its government also wants to put an end to the dominance of dollars in the local markets of South Asia and the Middle East once and for all.

We know the dominance of dollar isn’t going away anytime soon but the implementation of such measures could have a deep impact on the value of the dollar around the globe, especially in developing countries.

Help The Local Industries Of Pakistan

We have developed a habit of giving preference to imported products over local products. No matter how high the US dollar price goes in the local market, the graph of demand for imported products never comes down. Even in our households, if we look around, we could easily spot imported items in our use.

Unfortunately, the Pakistani export industry is not doing well. Plus, if the country also stops purchasing locally produced items, it could make the survival of Pakistani industries near to impossible.

With the dollar price in Pakistan going above PKR 150, every imported item available in Pakistan is getting expensive gradually and steadily. Therefore, buying a Pakistani product is a more economically viable option for citizens right now as it will be beneficial for the country in the long run. From raw materials to day-to-day household items, everything is produced locally in Pakistan.

Now, this part is especially meant for overseas Pakistanis. Regardless of the fact that this group of people isn’t physically present in the country, they are, of course, aware of the entire matter involving the ever-increasing US dollar rate in Pakistan, thanks to traditional and social media.

Overseas Pakistanis can play an important part in helping the struggling economy of Pakistan via remittance, which acts as a catalyst for financial markets in the case of developing countries like Pakistan. It is one of the major sources of foreign exchange earnings.

Get All Your US Dollars Converted into Local Currency

Stocking US dollar for profits remains a conundrum, in fact, it’s one that presents a religious challenge for many in Pakistan, which is a Muslim-majorty country. Prominent religious scholar, Mufti Taqi Usmani, has termed the phenomenon of hoarding dollars for profits “a grave sin,” especially in an unstable economic situation that the nation is facing for the past few years.

Meanwhile, there are some who believe instead of stocking up on dollars, people should convert US dollars into Pakistani rupees, which can be used to support local industries as discussed above. Even freelancers in Pakistan, the fourth largest such community in the world, are being advised to get all their earnings withdrawn in the form of local currency as soon as they receive payments from abroad.

The staggering increase in the dollar rate in Pakistan in all these years has caused widespread alarm. However, by taking some simple but impactful measures mentioned above, we can play our part to reduce the intensity of the economic crisis in our country to some extent. You can also use local currency and invest it in the real estate market to contribute to the overall economy of Pakistan.

Don’t forget to click on the subscribe button for Zameen Blog, which is Pakistan’s top lifestyle blog and get notified for all our updates. 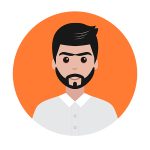 YM
A curious mind and a passionate writer. YM loves to read, write, play XBOX and watch horror movies. He is also a social media buff and tries to stay updated on everything happening around the world!
whatsapp

How to Decorate Your Open Plan Living and Dining Space?