Defence Day or Youm-e-Difa is celebrated on the 6th of September every year to honour and remember the sacrifices of our armed forces over the years to protect us against our enemies and ensure our independence. Being a federal holiday until the end of the 1990s, the day is no longer an official holiday. However, the spirit behind the day remains. Events are hosted by the armed forces to celebrate the Defence Day of Pakistan with passion and zeal in every major city.

Defence Day and Its Significance

The significance of Defence Day can be traced back to 1965 when Indian forces led an attack on Pakistani Punjab, and the Pak Army suffered heavy casualties in protecting its homeland. Parades are held on the day to honour not just the serving, but also the martyred and retired soldiers who gave their lives and services to protect the country from harm. We’ve shared a few of the lesser-known stories of the Indo-Pak War of 1965 in the video below:

The Spirit of Defence Day 2019

Inter-Services Public Relations (ISPR) is the media division of the Pakistan Armed Forces which coordinates and broadcasts military news and events to civilians. In a press conference held last week, Director General ISPR Major General Asif Ghafoor maintained that Defence Day of Pakistan would be celebrated in full spirits this year as well, with two dominant slogans. The first of these is “Ayein Chalain Shaheed Kay Ghar” (Let’s visit a martyr’s home), while the second is “Kashmir Banega Pakistan” (Indian occupied Kashmir will become a part of Pakistan).

Similar to last year, a ceremony would be held at the General Head Quarters (GHQ) Rawalpindi, but it would be held in the daytime instead. Also, only families of the Shauhada and Ghazis would be granted permission to attend the ceremony. The Chief of Army Staff will lay floral wreaths on the Martyrs’ Monument there and meet the families.

The “Ayein Chalain Shaheed Kay Ghar” programme that was launched last year will also be continued for 2019, where the serving members of the forces will try to reach the residence of every martyr and express their gratitude. He appealed to the general public to do the same within their communities while adding that pictures of martyrs would proudly be put on display and weapons’ exhibitions will also be held in cantonment areas in the major cities.

The “Kashmir Banega Pakistan” slogan will also remain fairly dominant throughout the celebrations, with Azad Jammu and Kashmir making special preparations to celebrate the occasion with rallies, ceremonies, and visits to mausoleums of the martyrs of the war of 1965. Furthermore, the Government of Pakistan has announced that Defence Day 2019 will be a “Kashmir Solidarity Day” and all offices throughout the country will be closed at 3:00 pm to give people a chance to show their support and solidarity with the Pakistan Armed Forces as well as with the people of Kashmir.

As Defence Day rolls around this year, here is a brief overview of the celebrations, preparations, and plans that you can partake in, based on your city of residence.

A ‘Change of Guards’ ceremony is held at Mazar-e-Quaid and Iqbal’s Mausoleum every year, where young cadets from the Pakistan Armed Forces take up guard duty in place of their brethren.

Defence Day celebrations generally maintain a standard theme every year, with the Pakistan Army displaying its latest weapons, tanks, missiles, and aircraft, in an exhibition that is open for all. Parades and air shows are held at various locations in quite a few cities, and Fortress Stadium in Lahore is where you should head to if you want to enjoy the festivities this year. Other popular locations are Karnal Sher Khan Stadium in Peshawar, GHQ in Rawalpindi, and Malir Cantt in Karachi. The air show is not to be missed as Pakistani fighter jets are some of the best in the world.

While you can visit the parades personally, you also have the option of watching Defence Day celebrations across Pakistan, live, from the comfort of your home. All major news channel stream the events live. Aside from that, special documentaries featuring serving or retired officers are also broadcasted to keep the spirit of patriotism and sacrifice alive. Historical accounts of 6th September 1965 and the war of 1965, as well as a playlist of national songs, are also commonly blended into the mix each year.

A lot of hype has been created this year due to the promo of an upcoming drama serial, Ehd-e-Wafa, on Hum TV. The drama has been created in collaboration with the ISPR and focuses on the lives of four young cadets (played by Ahad Raza Mir, Ahmed Ali Akbar, Wahaj Ali, and Osman Khalid Butt) who are training in Special Service Group (SSG). While the series will begin well after Defence Day, it is also an attempt by the ISPR to honour and highlight the sacrifices made by the Armed Forces, including laying their lives on the line for their homeland.

Defence Day of Pakistan is celebrated with gusto by the commercial sector, with several brands offering discounts, sales, and exclusive merchandise in tones of green and white, which represent our national flag.

For instance, as the flag carrier of Pakistan, Pakistan International Airlines (PIA) has announced a discount on its social platforms on 2nd September 2019 as a “Salute to the Defenders”. As per the offer, all domestic and international tickets purchased henceforth to travel within or to Pakistan between the 6th and 9th of September would be given a 10% discount. However, the offer is not valid for passengers travelling to Pakistan from Jeddah and Medina.

Defence Day sales and discounts are also announced by famous clothing, tech, and furniture brands across the country. While some have already released the news for the upcoming sale, others choose to do so on the day, with discounts generally lasting over a period of three days to give people plenty of time to shop to their heart’s content. You can check out the social media pages of your favourite brands for more updates on the latest Defence Day sales and discounts.

In the meantime, keep following Zameen Blog as we bring you updates on what’s happening around Pakistan. Drop us an email at blog@zameen.com if you have any questions or suggestions. 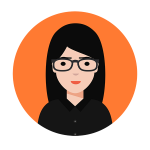 SI
SI is a creative soul with a flair for writing. Relaxation for her means seeing the world, reading everything she can get her hands on and spending time with her family.
whatsapp