Here are some of the most important national symbols of Pakistan that we have covered in this post.

Let’s check out these symbols in detail below.

The national flag of Pakistan boasts a simple yet elegant design. Our flag features soothing colours. The green part dominates the flag and represents the Muslim majority of the population. It also contains a crescent and a star. The white stripe portrays the minorities of the country. Pakistan’s national flag was designed by Amir-ud-Din Kidwai. The Constituent Assembly approved the flag on 11th August 1947.

A floral wreath of Jasmine surrounds the shield. Jasmine is also the national flower of Pakistan. This shield is a representation of our Mughal cultural heritage. Moreover, there is a scroll at the bottom, containing the phrase Iman, Ittehad, Tanzeem. This is a famous motto coined by Quaid-e-Azam Muhammad Ali Jinnah, which translates to Faith, Unity, and Discipline.

Adopted in 1954, the emblem of Pakistan, is a beautiful blend of different symbols and colors. Our national emblem is a representation of our beliefs and cultural legacy. The star and crescent at the top represents the religion Islam. There is a quartered shield in the center which contains the four major crops of our country. These include wheat, tea, jute, and cotton.

National Heroes: Father and Mother of the Nation

We fondly recall the founder of Pakistan, Muhammad Ali Jinnah as Quaid-e-Azam or Baba-e-Qaum. Although, Jinnah practiced as a lawyer before venturing into politics, he served in the All India Muslim League from 1913 until 14 August 1947. He was also the first Governor General of Pakistan. He succumbed to lung cancer and tuberculosis on 11th September 1948.

Fatima Jinnah or the mother of the nation, was the younger sister of Jinnah. Popularly known as Madr-i-Millat, Fatima Jinnah was a dental surgeon. But she actively fought for independence. She continued to participate in the country’s politics. Fatima Jinnah died at the age of 73 years on 9th July 1967. Both Muhammad Ali Jinnah and Fatima Jinnah are important Pakistan state symbols.

Our national mosque is the majestic Faisal Masjid which is located in Islamabad. Vedat Dalokay, a Turkish architect, designed the mosque in the form of a desert tent. The mosque is named after Shah Faisal bin Abdul Aziz, the late king of Saudi Arabia.

There are four beautiful minarets, each with a height of 90 meters. The completion of the mosque took place by 1986. With a covered area of 5000 square meters, the mosque has room for 74,000 individuals. The adjoining grounds can accommodate 200,000 people. Without a doubt, the Faisal Mosque is one of the most impressive state symbols of Pakistan.

Another one of the most important Pakistan state symbols, is our national poet Allama Iqbal. Born in Sialkot, Iqbal was a great philosopher, leader, and scholar. He was among the pioneering members of the Pakistan movement. Allama Iqbal wrote poems in Persian and Urdu. He was the first politician to present the idea of a separate nation for the Muslims of British India.

Inaugurated in 1993, the National Library of Pakistan is situated at Constitution Avenue, Islamabad. With 15 research rooms and a capacity to accommodate 500 readers, the library serves people of all ages. It is widely popular among students, scholars, and avid readers.

The national mausoleum of Pakistan is Mazar-e-Quaid or the Tomb of Quaid-e-Azam Muhammad Ali Jinnah. Its completion took place by 1970. Today, it is a popular tourist destination in Karachi.

While cricket is quite popular in the country, hockey is the national sport of Pakistan. There are several other sports which are popular in the country. Our country is famous for its Squash, Cricket, Volley Ball, and Kabaddi athletes. Pakistani players have a history of setting global records in many other sports. But, hockey continues to remain one of the most crucial state symbols of Pakistan.

The national bird of Pakistan is chukar, which is a beautiful looking bird. Chukar or chakor is a challenging bird for hunters. That’s because it is capable of disappearing into the bushes quite easily.

There are some amazing wildlife species found in Pakistan. But, the national animal of Pakitan is Markhor. Its weight is around 40-100 kg. It is typically found on the mountainous regions including Chitral, Ghizer, and Hunza. The word Markhor means ‘Snake Eater’ in Persian. Unfortunately, Markhors are now classified as endangered species. In 2018, Pakistan International Airlines used an image of Markhor on the tail of their planes. The purpose was to re-brand the airline’s image.

Cedrus Deodara or deodar is the national tree of Pakistan. With a height of about 40 to 60m, the trunk of the tree is up to 3 meters in diameter. The tree is popular as it has several medicinal attributes. In addition to that, it is also famous for its fragrant wood.

The national drink of Pakistan is sugarcane juice, among other Pakistan state symbols. It is commonly referred to as Roh or Gunney ka Rus. You can easily find sugarcane juice on the street corners of every city, especially in summers.

Finally, Gardenia or Jasmine is the national flower of Pakistan. There are around 250 species of this flower. The flower is particularly popular for its characteristic fragrance and simplistic beauty.

Our national colors are green and white. Both these colors are featured in the flag of Pakistan. The dark green color represents the Muslim majority of the country whereas the white colour symbolizes all minorities.

In 1956, Pakistan became the Islamic Republic of Pakistan with Islam as its official religion. Subsequently, ‘Ittehad, Tanzim, and Yakeen-e-Muhkam’ was adopted as the national motto. The literal translation of the expression is Unity, Faith, and Discipline.

River Indus is the longest and largest river in Pakistan. Approximately two-thirds of the water supplied in our homes and for irrigation come from Indus and the rivers associated with it. River Indus is 3, 180 km long and plays a crucial role in the agriculture of Pakistan since we don’t get much rain.

K2 is our national mountain which rises steeply above the Karakoram Range along the Pak-China border. Mountain climbers all around the world consider it the toughest mountain to climb. In fact, K2 remains as one of the world’s greatest challenges for even the most seasoned climbers. The name of this pyramid-shaped mountain is derived from the mountain range Karakoram.

Okra or commonly known as lady-finger, is the national vegetable of Pakistan. Not only it is easily available, but the vegetable is low on calories and packed with vitamins and minerals.

We are sure you’ve learned about a few new state symbols of Pakistan. If you like our list, do share it with your friends and family. 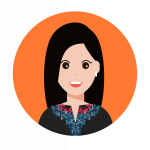 AA
AA is a writer by nature, not by choice. In her free time, she enjoys spending time with her family and friends.

Environment-Friendly Solutions for Getting Rid of Houseflies

Exploring the Most Famous Tunnels in Pakistan