Market report, May 2017 – Ramazan, Budget Slows Down Market Activity in May

Two factors kept the market from showing any real activity across the country during May. The first was the month of Ramazan, and the second was the budget. Ramazan and the budget both coincided during the last week of May, and anticipation and speculations around both kept market activity down in most localities.

Most localities in Lahore clung to stability, including the more developed phases of DHA Lahore, and Wapda Town as well as Bahria Town. Notable exceptions were Bahria Orchard, where prices took a slight dive due to short-term investors exiting the market, and LDA Avenue-1, which experienced moderate drops.

The capital saw a similar slump because of Ramazan and the budget. Bahria Town saw moderate drops, while DHA Islamabad saw stability prevail. Both E-11 and F-11 also remained stable and registered little activity. Sector B-17 broke the norm with a sharp rise for 10-marla plot prices and a moderate hike for 1-kanal plots. The locality is seeing a lot of interest from buyers but there is a dearth of sellers. The new airport will continue to cause price appreciation here in the future.

In Karachi, Ramazan and the budget were not the only reasons that caused market activity to slow down; both DHA and DHA City Karachi (DCK) suffered drops because of activity in Gwadar.

Bahria Town Karachi (BTK) saw a significant price hike overall. Month after month, the pace of development work continues to entice investors. BTK saw an increase of 8.76% and 6.22% in the prices of 1-kanal and 10-marla plots, respectively.

Gulshan-e-Iqbal remained stable, with more genuine homebuyers taking the lead than investors. Activity is expected to pick up pace overall in the city by the sea after Eid.

Gujranwala presented a mixed picture during May, with projects such as DHA Gujranwala continuing to inch up. Master City and Citi Housing remained stable throughout the month. DC Colony has consistently followed a declining trend in the last few months, and continued to do so during May.

Activity in Lahore slowed down overall because of the month of Ramazan, and speculations around the budget, which was released towards the end of the month.

DHA Lahore remained more or less stable in the first four phases because of the saturation levels. Activity in Phases V and VI is expected to pick up after Eid.  Prices in Phases VII, VIII and IX showed a mixed picture, with Phase VII registering falls, but Phase IX picking up speed. The localities registered an overall moderate growth of 1.10% and 2.90% for 1-kanal and 10-marla plots, respectively.

Activity in Bahria Town remained stable, although prices did see a marginal dip of 0.52% and 0.16% in 1-kanal and 10-marla plots, respectively. Bahria Town saw a drop in May as well, as genuine buyers took a backseat due to its issues in Sector F.

The prices for plots in Bahria Orchard have seen a lot of fluctuations because of short-term investors who are active in the locality. Prices saw moderate drops during May, just as they did in April.

LDA Avenue-1 saw moderate drops overall. It continued its downward trend from last month, partially because the market slowed down due to Ramazan, and partially because of speculations around the budget, which was released at the end of May. The society’s litigation issues are yet to be resolved, which took a toll on the prices.

Wapda Town continued on the stable path during May. The capital city experienced an overall slump during May. The city is yet to recover fully from the taxes implemented last year, and the lack of activity in the market only added to the stagnancy that has prevailed since.

Bahria Town’s rates took a slight hit, despite genuine buyers becoming more active in the locality. The moderate drops that the society experienced were in part because of the advent of Ramazan, with prices expected to rise after Eid.

DHA was stable during May with a mild 0.4% dip for 1-kanal plots, and a 0.26% dip for 10-marla options. Activity here is expected to go up after Eid as well. Gulberg Residencia similarly remained stable, with no real price jumps because of the overall stagnancy in the market and anticipation around the budget.

Sector B-17 saw a sharp rise in the prices of 10-marla plots, and a moderate hike in the prices of 1-kanal plots. Prices here are experiencing an upward trend because there are more buyers in the market as opposed to sellers. This is because people who invested here know that the upcoming launch of the new Islamabad airport will push prices up.

Gulberg Residencia, E-11 and F-11 continued to remain stable due to a lack of new activity. BTK has continue to speed forward with a significant rise in prices. Development work here is ongoing at a fast pace, which has contributed to the price hikes. Surprisingly, even though the launch of Bahria Paradise has made prices climb in BTK, prices for Paradise itself have continued to plummet.

Gulshan-e-Iqbal remained stable as always, owing to its saturation levels. Like many other cities, Pakistan’s business capital is waiting for Eid to come and go before investment activity picks up some speed. Gujranwala had mixed trends to report for the month of May. DHA Gujranwala’s prices continue to inch up with a 3.17% and 1.70% hike in the prices of 1-kanal and 10-marla plots, respectively.

DC Colony is another story altogether and has registered sharp drops once again. The Cantt Board has highlighted two main issues the society needs to resolve, which are the sewerage system and the boundary wall. Work on the wall has already begun, and is expected to start soon on the sewerage system as well. Once these issues are resolved, the Cantt Board will begin allowing construction of new houses, and prices are expected to jump once this happens.

Master City has more or less remained stable for 1-kanal plots, and has registered a moderate drop in the prices of 10-marla options. The month of May saw the Pakistani property market slow down but many localities are expected to bounce back after Eid. Stability prevailed in most places as investors and genuine buyers both took a step back from the market.

“The lack of activity is nothing to worry about and certainly nothing new. I expect market activity to pick up speed after Eid. It is a trend every year that things slow down around the time Ramazan arrives. Speculation around the budget also makes the market quiet down because people are waiting to see whether the taxes will increase, decrease or remain unchanged,” Zameen.com CEO Zeeshan Ali Khan said.

One trend that stands out is Gwadar in terms of how it has taken investors away from Karachi. What is interesting is that Karachi continues to see drops because of how Gwadar is performing. However, investors certainly do not slow down for long in the port city and we expect prices here to exhibit an upward trajectory in the near future.

Cash-strapped WASA to appeal to CM for help

Revenue targets for next year set at PKR 283 billion 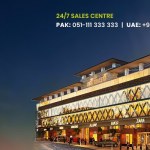 Bahria Town Rawalpindi’s ‘68 High Street’ project gets on board with Zameen.com 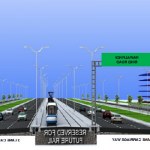