Will Karachi turn out to be the new playground for real estate developers? Defence Housing Authority had already stretched firm roots in the property market of Karachi by the time Bahria Town decided to jump in but the investors’ interest coupled with the desires of home buyers turned the tides in the favour of Bahria. Introducing the tallest residential tower of Pakistan in Karachi, Bahria Town set a new benchmark for DHA to follow and sporting its unique and creative development style, Bahria took on DHA fairly and squarely, something no other developer had ever dared to do.

While DHA watched its potential buyers converge to Bahria developments, Bahria, fuelled by the increasing investor interest, announced more developments in Karachi. It was time for Defence Housing Authority to act but before they could even react Karachi was invaded by a Developer which neither DHA nor Bahria could fathom to supersede.

With all its glory and promises Emaar, the developer of Burj Khalifa, the tallest building of the world, marched in Karachi. Where DHA was already having a hard time facing the competition put forward by Malik Riaz, who had already witnessed “worshipping the rising sun” nature of Karachites, saw a new sun rising from the Middle East.

Now we have 3 mega developers in Karachi, Emaar, Bahria and Defence Housing Authority, and the people of Karachi sporting hot pockets filled with cash. All I can tell for sure is that Emaar is going to sweep the entire market in one stroke. People, this is Emaar we are talking about, a developer which supersedes everyone in quality and creativity! Bahria will survive for some time because of its aura of safety and electricity dependability and as for Defence Housing Authority all I can say is that its days are numbered and it must come up with something new and attractive to stay in the market.

CDA Breaks All Records Of Corruption 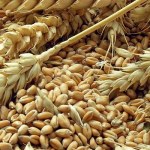