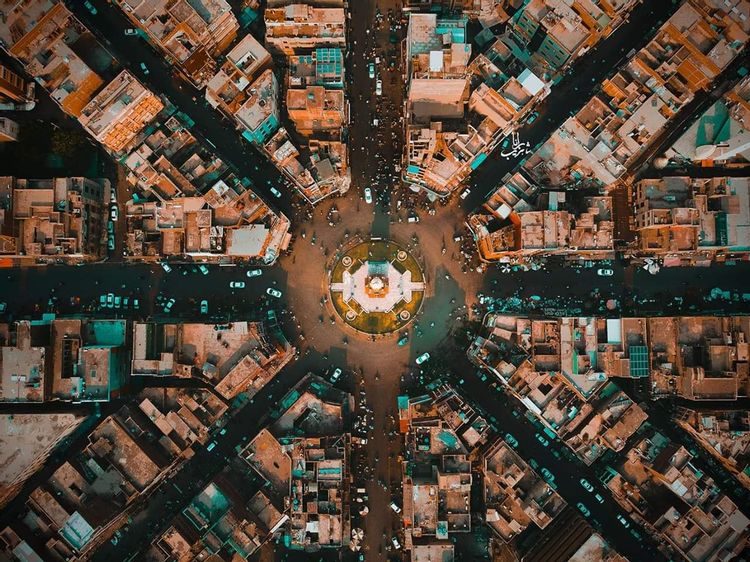 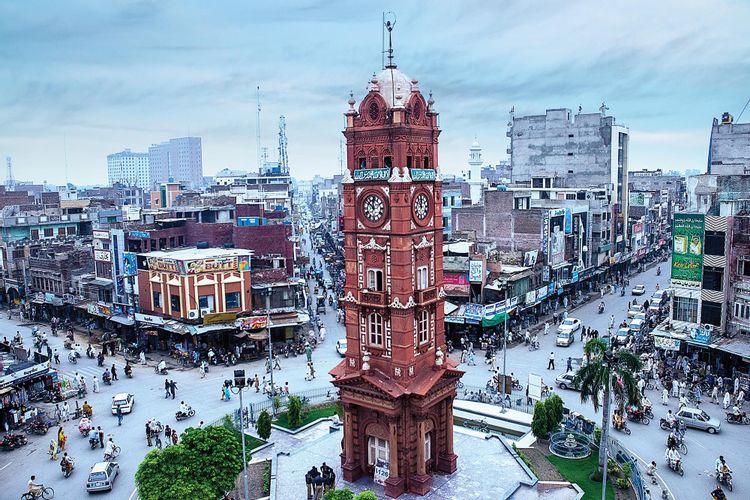 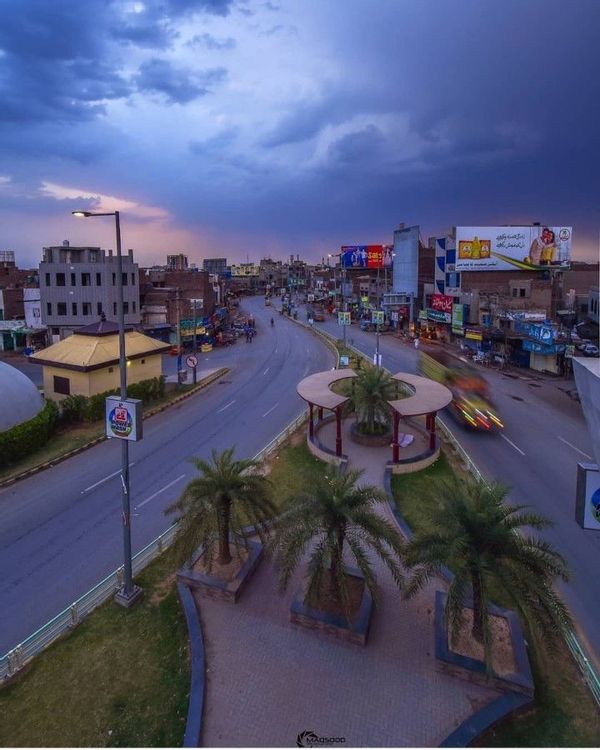 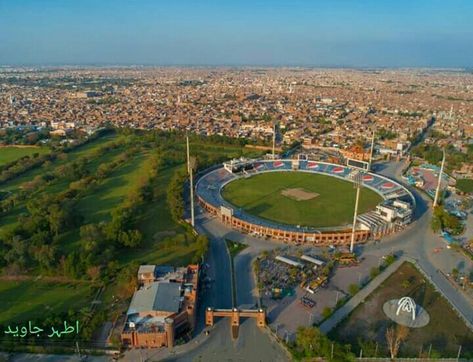 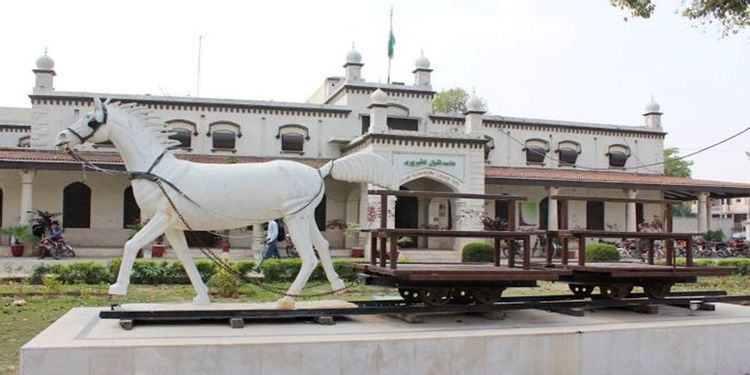 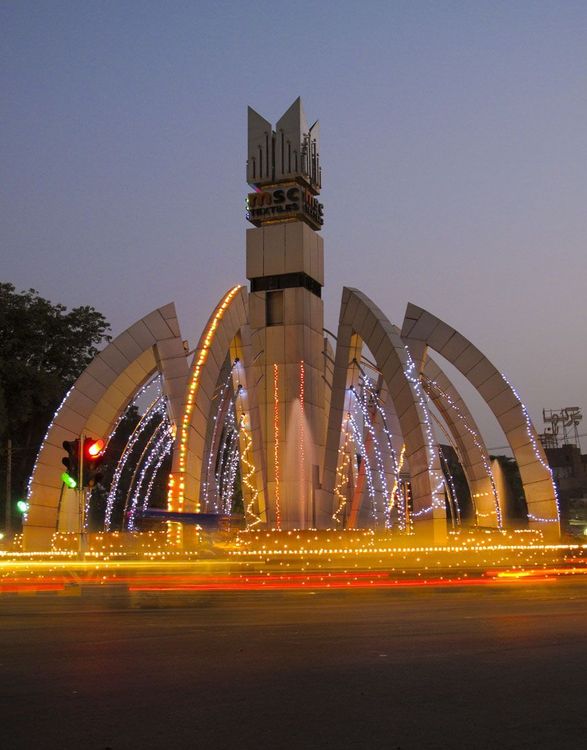 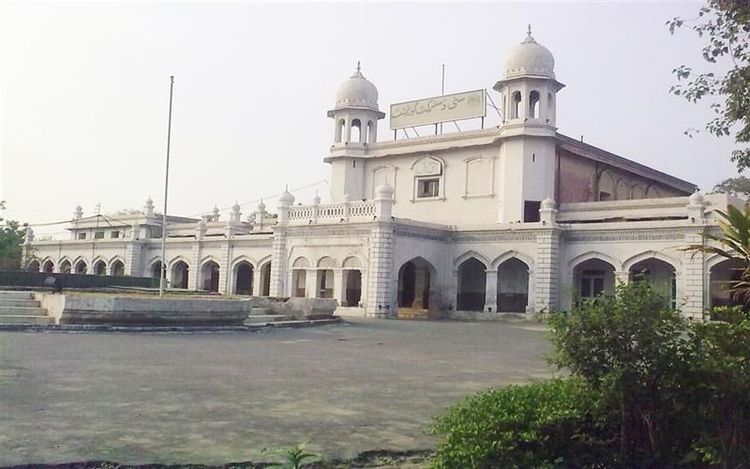 Faisalabad, the third most populous city in the country, is tipped towards being an upscale neighbourhood. It was previously known as Lyallpur till 1977, when the name was changed in honour of the late Saudi king, Shah Faisal-bin-Abdul Aziz. This second-largest city of Punjab was founded in 1880 by the British Governor of Punjab, Sir Charles James Lyall. As far as its ideal location is concerned, it connects to the M-3 Motorway (located at 120 KMs and 360 KMs from Lahore and Islamabad respectively), and further connects to the M-2 Motorway. However, the easiest way into the city, without any hassle, is to take a flight directly to Faisalabad International Airport, both domestic and foreign travelers.

Today, Faisalabad has become a major industrial hub and its road, rail, and air networks allow its people to enjoy a hassle-free commuting solutions. In reference to its booming textile industry, the city is also known as the “Manchester of Pakistan”, which is quite similar to Manchester’s. Another title given to Faisalabad is “City of Textiles,” for similar reasons. Exploring Faisalabad would be an ideal choice for those who are interested in its rich history. However, it is slightly off the beaten path and therefore, not many people have the knowledge about the historical gems this city holds.

What are the famous housing societies in Faisalabad?

Since the population is growing, various new residential schemes are in the pipeline. The most notable ones include Citi Housing Society, Satiana Road, Wapda City, FDA City, Canal Road, Samundari Road, Jaranwala Road, Eden Valley, Punjab Govt Servants Housing Foundation, Eden Gardens, Four Season Housing, Canal Expressway, Lower Canal Road, Eden Orchard, and Sitara Valley. Interested buyers and investors can choose from the residential and commercial properties of 5 Marla, 10 Marla, 1 Kanal and 2 Kanal. The residential communities are meticulously planned and carefully designed, catering to the needs of everyone. They offer a complete and harmonious community lifestyle – which is why most of them are equipped with all modern facilities deemed necessary for urban living. These amenities include 24/7 security surveillance, wide and well-carpeted roads, underground electrification, water supply, mosques, parks, play area, green landscape, and convenient instalment plan.

What are the notable landmarks in Faisalabad?

Once you reach the city, here are some of the most famous places in Faisalabad that are worth a visit. One of these includes Faisalabad’s Ghanta Ghar or Clock Tower which is located within the city centre. The Clock Tower, an architectural marvel to behold, was founded in 1903 by Sir Charles Riwaz who was the British Lieutenant-Governor of Punjab. Apart from the fact that the site is the clock tower itself, it features an aerial view of the Union Jack, which is the British flag. This recreational space is surrounded by 8 different markets, each named after an area or city that it is directed towards. These markets are Chiniot Bazaar, Karkhana Bazaar, Jhang Bazaar, Katchery Bazaar, Amin Pur Bazaar, Montgomery Bazaar, Bhowana Bazaar, and Rail Bazaar.

Moving forward, Lyallpur Museum, Faisalabad is another tourist spot in the country. Since Faisalabad is rich in history, there is no other place to witness this than to visit this museum. As a heritage museum, its walls preserve the culture and history associated with the area. The construction was completed in 2013. It displays 10 galleries offering various collections. These include Orientation Gallery, Regional Heritage Archaeological Gallery, Chenab Colony Gallery, Sandal Bar Gallery, Thought and Act Gallery, Pakistan Movement Gallery, Social Beauty Gallery, Muslim to Sikh Period Gallery, Textile Gallery, and Lyallpur Gallery. Apart from visiting the aforementioned places, you can visit a few other sites as well like Am Tex Waterfall, Canal Park, Faisalabad Hockey Stadium and Iqbal Stadium.

What are the facilities & amenities offered in Faisalabad?

The city offers various facilities and amenities for the people. For instance, it has Gatwala which is a wildlife and forest preservation park. The place was established between the years 1985-1992. It is positioned 15 to 20 kilometres away from Faisalabad on the Faisalabad-Sheikhupura Road. Today, this park has become a major picnic spot for the locals, providing boating, camping and other activities for families to relish. The park encompasses a wildlife breeding centre and lush green forests as well. Moving forward, residents can also head out to which is the second most important commercial hub of the city. The semi-circle area of the D is segregated between a park and the office of Radio Pakistan. On the contrary, the roads forming the D are enriched with high-end shopping outlets and eateries. Tourists and locals can experience a lot of fun here.

Not only this, Jinnah Garden, named after the Father of the Nation, Quaid-e-Azam Muhammad Ali Jinnah, is actually the final resting place of Sir Charles James Lyall. It stands amongst the central parks of the city and is also called “Company Bagh.” In addition, another destination which can be visited is Qaisery Gate, located at the outer edge of Rail Bazaar. A straight walk through the bazaar can head you out to the Clock Tower and the 7 adjacent markets. It was constructed in the late 1800s during British Rule and is well preserved to this date. Built-in front of the Qaisery Gate is the Gumti Fountain. Since it is an intersection, the area has become a busy intersection for traffic but earlier it was once a designated spot for town meetings. The travelers can still witness the beauty of the fountain working in good condition today. All in all, Faisalabad holds many recreational places if you know where to find them. Now that you have known about the area and the facilities it offers, you can easily see what should be your next investment destination.