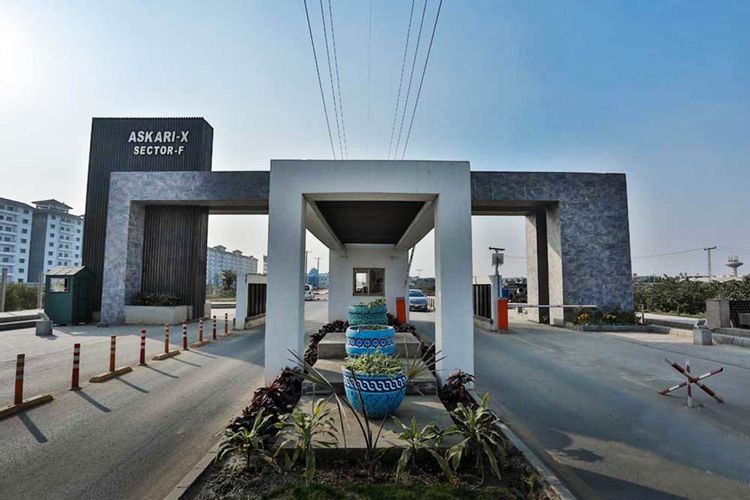 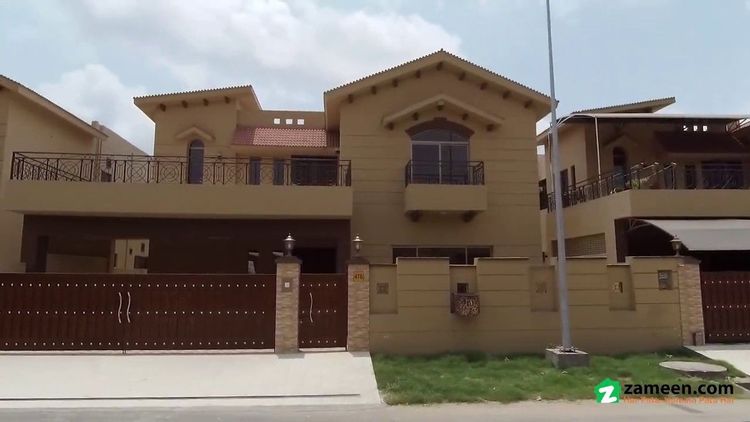 Askari 10, Lahore is a premium residential area, connected to significant arteries of the city, including Airport Road and Amjad Chaudhry Road. This community is ideal for everyone starting from singletons to couples and families. Since the community is carefully planned and managed by the armed forces of Pakistan, it offers all the modern amenities to its inhabitants. Other than that, the society is enriched with lush green parks, shopping malls, restaurants, and other similar luxuries. Moreover, the presence of round-the-clock security followed by the secured entry and exit points enable the residents to feel safe and protected.

The housing society is segregated into five sectors — A to E. From ready-to-move-in houses to apartments to plots, genuine buyers can opt for several types of affordable properties available for sale in Askari 10, Lahore. Askari Housing Societies are famous among Pakistan military officers and their families; however, civilians are, and always have been allowed to buy and sell real estate here.

What are the types of Properties available in Askari 10?

Numerous houses and flats are up for sale in Askari 10, Lahore. The price range depends on various factors including the size and location of the property. In this regard, interested buyers and investors can opt for 10 Marla and 1 Kanal living space available for sale. Besides, flats having configurations of 3 and 4-bedroom can also be found in the society.

What are the Facilities & Amenities in Askari 10?

Askari 10 Lahore has in store many facilities and amenities for its residents. Firstly, there are numerous massive power generators installed in the society to meet the power consumption needs of its dwellers during power outages. Other than that, when it comes to the availability of recreational spaces, residents can relish morning jogs or late night strolls in the parks located within the community including Askari Sector C Park in Sector C, Askari Sector D Park in Sector D, Block D, and Askari X Sector E Park in Sector E, Block E of Askari 10. Furthermore, movie enthusiasts can find numerous cinemas operating near Askari 10, Lahore, including Cinestar in Xinhua Mall, Cinepax in Fortress Mall, and DHA Cinema in Sector R of DHA Phase 2. Moreover, the society organises several events including auto shows, Independence Day and New Year celebrations, and Ramadan and Eid activities. Moreover, dwellers can also host small parties such as birthdays of children in the parks available within the community.

Residents of Askari 10, Lahore can easily commute to and fro from the society — all thanks to the well-developed roads of the residential community. Moreover, non-car commuters can easily head out to the Askari 10 Bus Stop, situated on Amjad Chaudhry Road, bordering Block B of Askari 10. Besides there are several bus stops situated a bit farther, including Khokha Bus Stop in Ghaziabad, Dubai Chowk Bus Stop on Zarrar Shaheed Road, near New Officers Colony, Pepsi Bus Stop placed on Harbanspura Road, marking Taj Bagh Scheme, and Lal Pul Bus Stop in Main Bazar Canal Park.

When it comes to market, one of the most notable stores, CSD Stores or Canteen Stores Department, is operational in Askari-10. CSD Stores, run by the Ministry of Defence, are a chain of departmental stores featuring everything be it general items or vehicles. Moreover, other markets that are running in the vicinity include Hyper Star in Fortress Lahore, Mini CSD CMH Lahore in Saddar Town, Green Valley Super Market in the Mall of Lahore, and Unique Store in Tajpura Scheme, near Mohammadi Chowk Lahore. They encompass everyday items, meat shops, pharmacies, and electronics.

Another interesting feature of this society is the availability of mosques. To pray on time, locals can head out to various mosques located within the community. These include Sector A Mosque in Sector A, Block A of Askari 10, Askari Sector B Masjid in Sector B, Block B, Mosque Sector E in Sector E, Block E, and Sector F Mosque.

What is the General Lifestyle of Residents here?

Residents of Askari 10, Lahore find a plethora of retail outlets and brands at Hasnah Shopping Complex located in Sector B, Block E. Furthermore, they can conveniently reach other shopping malls situated nearby. These include Fortress Square Mall on Mian Mir Bridge in Saddar Town, Lahore, Alvi Grand Mall positioned on Zarrar Shaheed Road, Mall of Lahore on 172 Tufail Road near Lahore Cantt, The Primark Mall on Sir Syed Road, and Xinhua Mall in Block B 2 of Gulberg 3.

As far as restaurants are concerned, there are numerous options available within Askari 10, Lahore. You can find Subway and Yums The Food Gallery, situated in Sector A, Block A of Askari X, and Taste Corner and Shehan Shah Askari X in Sector B, Block E. However, there are other options located in adjoining areas. Some of them include Yasir Broast and Fine Pizza on Zarrar Shaheed Road, Mehfil Restaurant in Khuda Buksh Colony, Foji Tikka on Ahmad Hassan Road near Usman Colony, Ziafat in Block H, Gulberg 2, The Hot Potato, located on main Taj Bagh Road near Masjid Quba, and Burger Corner in Block P of Gulberg 2, Lahore.

Askari 10 Lahore, nestled in a prime location, neighbors numerous notable landmarks including Shamilar Bagh and the Tomb of Nadira Begum. Moreover, Allama Iqbal International Airport on Airport Road, Cantt, and Mughalpura Railway Station in Kumharpura are just a stone’s throw away. Not only this, some famous housing schemes positioned in adjoining areas are Askari 1, Royal Garrison Enclave Housing Society, Saddar Town, Paragon City, Raza Park Housing Society, Urban Villas Housing Society, and Cavalry Ground. Lahore’s famous amusement park, Joyland, is also situated nearby. All in all, Askari 10 Lahore is a desirable residential community, which is well-connected to other parts of the city. From the availability of public transport to society’s proximity to various sports avenues, everything is available at arm’s length.