In January 2021, PIA announced to fight for the Roosevelt Hotel, which was pledged in the Reko Diq mining lawsuit and was being evaluated by a British Virgin Islands (BVI) court to settle the dispute. According to sources, PIA has begun working with the high court counsel to rescue the hotel.

The meeting also approved grant for the state news agency and television channel. Further, the meeting members reviewed a report on operation losses incurred on petrol supply via pipelines and approved 0.5% of these loses.

CDA cracks down against illegal guesthouses

May 22, 2018
Islamabad: The Capital Development Authority has cracked down against illegal guesthouses in Islamabad, the number …
END_OF_DOCUMENT_TOKEN_TO_BE_REPLACED 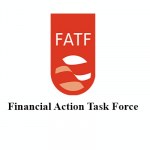