Islamabad: Federal Board of Revenue (FBR) Chairman Javed Ghani on Thursday stated that as many as 112 construction companies and individuals had registered themselves with the taxation agency in order to commence with 123 infrastructure and housing projects across the country, a news source reported.

The FBR chairman revealed this information during a meeting on housing, construction and development – presided over by Prime Minister (PM) Imran Khan. He also briefed the PM about the online registration system and awareness seminars organised by the taxation agency.

Meanwhile, Sindh Chief Secretary Syed Mumtaz Ali Shah informed the meeting about one-window cells introduced by the provincial government to facilitate investors in the province. He stated that the provincial executive had provided its approval to the construction of 19 projects, in addition to issuing No Objection Certificates (NOCs) for 75 initiatives.

It was also revealed that a committee comprising both government and private sector representatives had been formed to monitor the construction projects. 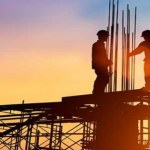 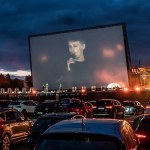