LDA Avenue-I – a project that has been in news for a while now due to the major litigation issues it faced – has issued a final warning to plot owners who have not yet cleared their dues.

According to a print ad that was published in many national dailies on June 6, owners of alternate plots are required to submit their pending dues and surcharge latest by June 30.

Litigation issues exist in almost all blocks of LDA Avenue-I, including Blocks K and L. According to my sources, around 90% of these blocks falls in areas that are stuck in litigation. In addition, all of Block E has been cancelled due to litigation. On the orders of the provincial court, Lahore Development Authority (LDA), which is developing the project, cannot attempt to forcefully take possession of areas stuck in litigation.

There are patches of litigated land where the LDA has already done some development work, including sewerage lines, land plotting, etc. It is expected that the LDA will be able to acquire the land from its owners. As soon as the rates are settled for these litigated plots, the LDA will allot them to plot owners who have cleared their dues.

I have learnt from my sources that the LDA has adjusted many plot owners by reducing the road width in many lanes of almost all blocks. The decision was taken to accommodate more people in the available area. In addition, LDA might also convert some of the land meant for public facilities into more plots. This also comes with certain restrictions the authority might impose on building bylaws in LDA Avenue-I.

This should be tricky since the LDA’s bylaws say that areas meant for public facilities, which include parks, schools, masajid, community centres and graveyards, cannot be used for residential or commercial purposes.

The market in Lahore has been on the back foot for many months now – but that’s not the only reason investment is low in LDA Avenue-I.

Around 15 families are residing in LDA Avenue-I, despite which there is no active commercial area, school, health facilities, parks or even a mosque in the area. The absence of these facilities has keptmany genuine buyers from taking interest.

At the moment, around 400 homes are under construction in different blocks here. For these future residents, the LDA should get to work to ensure these facilities.

The project is the cheapest housing society in the area. Prices here have a margin to potentially increase by another 100%. The society has a lot to offer to people looking to make medium to long-term investments; however, investors should only pick plots that are free from litigation.

According to the ad, the authority holds the right, designated to it under Allotment Letter section XI introduced in July 2016, to cancel the plots of defaulters. These plots will be taken over by the authority and their status will not change.

In addition, the authority has already extended the dates for submitting the pending dues five times in the past – it will not do so this time. It is important that you clear your pending dues making use of this final extension. 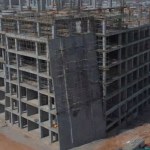