State aid is needed to boost the property market in the United Arab Emirates with experts suggesting that more loans and longer visas for foreign buyers could kick start a real estate recovery.

State aid is needed to boost the property market in the United Arab Emirates with experts suggesting that more loans and longer visas for foreign buyers could kick start a real estate recovery.

They also believe that foreclosure and repossession cases in the Dubai real estate market are necessary for it to emerge from the downturn in a more mature state.

If the UAE central bank was to intervene to slash interest rates on home loans it would spur activity in the flattened housing markets, according to Nick Maclean, regional head of property consultancy CB Richard Ellis.

‘The government has to provide either sources of capital or ease the way that banks lend here to stimulate the marketplace,’ he said.

‘It’s not shortage of sentiment in the marketplace. There are still lots of people here who want to get on to the property ladder but can’t do it,’ explained Maclean, adding that pressure from the Central Bank would persuade local lenders to increase mortgage approval rates.

‘We need intervention probably in the way the UK government is encouraging the banks in the UK. Because if a bank is not getting the profitability it wants from a mortgage loan, why would it do it? It can make better money elsewhere and with less hassle, frankly, then lending to a group of very small borrowers. There has to be some Central Bank direction here,’ he added.

Banks have historically blamed the high cost of mortgages in part on the instability of the Dubai real estate market; a risk exacerbated by the high number of foreign buyers that are able to ‘skip’ the country following a mortgage default.

But foreign buyers should be encouraged, according to Maclean. He believes that the six month visas offered to foreign buyers of Dubai property is too short and is hampering the recovery of the real estate market. ‘Shortness of residency is definitely keeping the buyers away. We do need to elongate the window that people have so they don’t need to go back and forth. The period we have at the moment is a barrier to entry,’ he said.

But a toughness is also needed and while 2009 saw developers and financiers try to negotiate with clients in order to avoid foreclosures and repossessions, legal experts say a new harder approach can only be a good trend.

‘We are now seeing less and less negotiation taking place. It is the unfortunate side of business, but it has to be played out in order for these issues to be flushed through the system so that the economy can recover,’ said Simmons & Simmons regional deputy head of real estate Duane Keighran.

‘From this point of view, it is refreshing to see the actions being brought, as it means we are one step closer to getting the issues resolved and moving on,’ he added.

Maclean agrees. ‘It has to come because people, I think, have borrowed with a view that they’re immune to any further action,’ he said.

But it is a very sensitive issue, according to Richard Bell, an associate at Clyde & Co, as people don’t understand it and there are concerns it could drive down prices. ‘As a result of these factors, we believe most banks and financial institutions will use the foreclosure procedure sparingly, at least in the short term while property prices remain fragile,’ he said. 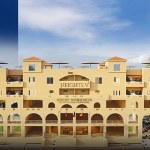