Lahore: The construction of the first road under Naya Pakistan, Manzilain Aasan project was launched by Punjab Chief Minister (CM) Sardar Usman Buzdar on Tuesday in Hafizabad, a news source reported. Under the inaugural phase, the government plans to construct 1,236 kilometres of carpeted roads worth PKR 15 billion in the rural areas of Punjab. An 8.3-kilometre road stretch is going to be constructed from Sindhwan Tarrar to Bluno via Mogi to kick start the construction work.

While speaking at the ceremony at Kolo Tarrar, Buzdar stated the government was focused on developing villages and underdeveloped areas, which is also why the said road project was being launched form Hafizabad district. This project is set to continue work for the next five years constructing roads in villages, he added.

The next phase of this project is expected to commence from January 2020 and be completed by the end of the same year.

Moreover, Buzdar launched various projects during his visit to Kolo Tarrar in Hafizabad; including a Rescue 1122 centre, a Police Khidmat Markaz and a tree plantation drive.

Karachi to get Red Line BRT 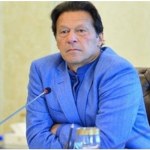