Emaar Pakistan, a subsidiary of Dubai-based construction company ‘Emaar Properties’ is in a clash with Pakistani investors who claim U.S $15m from Emaar for its delayed project in Karachi.

A multi-billion investment, the Crescent Bay community was launched by Emaar in July 2008. Featuring residential and commercial towers, the 108 acres development was supposed to be built and completed by 2013-2014 in collaboration with Defence Housing Authority. The project also features mid and high-rise buildings for commercial and residential use and a beachfront hotel. However, the construction wok on the project is yet to commence.

Delay in the project caused investors to stop paying instalments, which ultimately led Emaar to cancel the contracts with respective investors. For preventing the cancellation of contracts, a Pakistani court dispensed a stay order on bookings.

About 300 investors claim Emaar to refund the deposits of U.S $15m, which Emaar refuted and said that that the project is stalled due to financial downturn.

“Owing to the global financial crunch, we needed to evaluate various related aspects and we had a discussion with the DHA to sort out the issues. Now that we have grasped an agreement with DHA, the construction work will be started shortly and all the customers’ contracts would remain valid,” said an official of Emaar Properties.

Emaar Properties further explained that Crescent Bay is a key project for the company and Emaar would work to reach to a point of resolution.

“We have already handed over homes at our Canyon Views project in Islamabad, which currently boasts as the full-fledged community and it further endorses our commitment to project delivery,” said Emaar’s official. 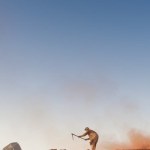