Privatisation Commission board approves sale of majority shares in PSM

Islamabad: The Privatisation Commission board has provided its approval to the proposed sale of majority shares in the Pakistan Steel Mills through a subsidiary, a news source reported. The board members further sanctioned a transaction structure for the industrial unit.

Under the structure decided, the buyer will be required to invest USD 1.4 billion – including USD 580 million for the reviving the largest industrial unit of Pakistan – over a period of three years.

The board also announced its decision to establish a subsidiary of PSM under Companies Act 2017; which will be tasked with selling PSM’s shares. The board also considered the alternative of leasing out the unit for 30 years but decided against it.

Nearly 51% to 75% of PSM shares are expected to be picked up for sale following the announcement; however, a final decision on the matter will be taken by the Cabinet Committee on Privatisation (CCOP). 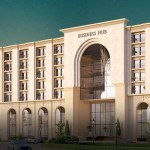