Rawalpindi: The Rawalpindi Cantonment Board (RCB) has sought assistance from the district Land Revenue Department to demarcate its property in Saddar bazaar, a news source reported. The civic body wants to initiate action against illegal establishments in and around Saddar bazaar and retrieve its property.

The civic body said it wanted to check the revenue records of illegal structures prior to initiating an anti-encroachment operation in and around Saddar bazaar and other main markets.

The board said it had the record of land on lease in the cantonment area, which also includes military and private properties, whose records are available with the military lands and cantonment departments and the district revenue department.

RCB said it had been authorised under the law to take action against all illegal establishments and structures and would do so after checking the land record.

The civic body had conducted a survey in Saddar bazar which revealed that many private land owners have encroached on state land. The government has also given a free hand to the civic body to deal with encroachers. 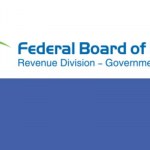