After a very constricting 2014 in which real estate values refused to budge, the general hope in the real estate market was that 2015 would bring along some much-needed activity. That hope has been fulfilled to a certain degree as the first half of the year winds down.

As the real estate market of Karachi kept up its upward march and Islamabad’s popular localities posted encouraging numbers, Lahore continued to languish with less-than-ideal numbers and a sluggish overall performance in the first half of 2015.

But a rise in activity and prices is Karachi is often accompanied by a relative slump in Lahore because investors tend to focus their energies and capital on the former, so it is unlikely that this low-activity period will last long, especially post-Ramadan.

With several new projects in various stages of development in Lahore, such as the 60,000-kanal LDA City and the 40,000-kanal DHA Phase IX, there is no shortage of investment opportunities with good returns on offer. This should help stabilise Lahore’s property market in the longer run.

In terms of popularity, DHA was the top developer in Lahore, Karachi and Islamabad in H1 2015 for both houses and plots. Please read on for detailed insights into the price and search trends for the top localities in all three cities, as well as our expert take on Lahore’s situation in the Final Analysis.

Lahore’s real estate market had a largely stagnant first half of 2015. One of the city’s most upscale, secure and sought-after localities, Lahore Cantt, registered a 9.29% decline in prices over the course of the six months from January 2015 to June 2015. Meanwhile, DHA Lahore, Bahria Town and LDA Avenue I all remained stable. Moderate growth was the order of the day in the Federal Capital, where three out of the four popular localities saw decent gains. The exception – usual suspect Bahria Town – posted a negligible drop in prices over the course of H1 2015. Given how miserable the second half of 2014 was for Islamabad, this was a good turn-around performance on the whole. With investor focus squarely on Karachi for several months now, the city’s top localities have seen decent gains in prices as well as a bustle of activity despite Ramadan and the stifling heat. Gulshan-e-Iqbal and DHA City Karachi led the pack in terms of raw price rise percentages, and DHA Karachi and Bahria Town also posted healthy gains to round off a very encouraging overall performance. Karachi’s sustained good performance was the obvious highlight of the first half of 2015, but those who have invested in Lahore and Islamabad should not despair at all. Even though Lahore’s property market seems to be going through a bit of a rough patch at the moment, a burst of activity can be expected as soon as Ramadan ends, and the same goes for Islamabad.

A major reason for Lahore’s slow performance is possibly the fact that a major addition to Lahore’s road infrastructure has been announced in the form of the southern loop of Lahore Ring Road. The final route has not been officially disclosed yet, which may have led to investors holding on to their capital. Lahore Ring Road is rumoured to be cutting through several housing societies, and there is a general anxiety in the market that may be limiting investment activity.

“Since a lot of Lahore’s major real estate investment avenues such as LDA City, LDA Avenue I, DHA Phase IX, Bahria Town, Lake City and Fazaia Housing Scheme et cetera are located along the city’s southern edges, this uncertainty over Lahore Ring Road’s route might be the reason why Lahore’s market seems to be at a standstill right now,” said Zameen.com CEO Mr Zeeshan Ali Khan.

“But the real estate markets of Karachi and Islamabad seem to be doing well and, barring any major disruptions, they should continue down that road in the second half of 2015,” he added.

Preparations underway for setting up a landfill site

DHA Gujranwala announced the deadline for submission of booking forms 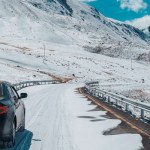