Rawalpindi: The Rawalpindi Development Authority (RDA) and district administration has started work to mark land to be acquired for the Leh Expressway and Flood Channel project, according to media reports published yesterday (November 29).

According to a senior official of RDA (whose name was not disclosed), a joint team of RDA’s land and engineering branches and the District Land Revenue Department has been created to work on the demarcation of land. He added that the Leh Nullah was categorised into cantonment and city areas. In the first phase, demarcation of the cantonment areas will be completed while in the second phase land in the jurisdiction of Rawalpindi Municipal Corporation will be identified.

Reportedly, the Rawalpindi Municipal Waste Company transfer station in Liaquat Bagh will fall under the proposed route and will be relocated. The RDA has asked all the civic bodies to calculate and send estimates. It was disclosed that the cantonment boards of Rawalpindi and Chaklala will get approvals for the structures in their areas from Military Lands and Cantonments.

Moreover, the government will pay for the price of structures on leased property whereas the land prices will be paid to the private landowners along Leh Nullah. The RDA has asked Water and Sanitation Agency (WASA) to transfer its supply lines and tube wells near the Leh Nullah. it was mentioned that after the demarcation of land, WASA will survey the area.

Another official of the RDA stated that civic agencies will submit price details of the land and government structures, after that, the district administration will verify it from the land records to become part of PC-1. He went on to say that the demarcation of the land will be completed in a month and then, land acquisition will start.

June 4, 2018
Multan: The Parks and Horticulture Authority (PHA) has decided to prepare a list of hoardings …
END_OF_DOCUMENT_TOKEN_TO_BE_REPLACED 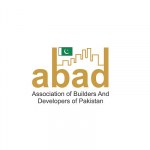 ‘ABAD set to play its role in development of Gwadar’