Islamabad: The federal government on Wednesday awarded the Diamer-Bhasha Dam Construction contract to a joint venture of Power China and the Frontier Works Organisation (FWO), a news source reported.

As per the publication, Power China and the FWO signed a contract worth PKR 442 billion for the construction of the main dam, a diversion system, the 21-Megawatt Tangir Hydropower Project, and an access bridge. Diamer Basha Dam Chief Executive Officer (CEO) Amir Bashir Chaudhry and Yang Jiandu signed the contract on behalf of the Water and Power Development Authority (WAPDA) and the Power China-FWO joint venture.

Minister Faisal Vawda said that the construction of the Diamer Basha Dam would begin in a few weeks. WAPDA Chairman Muzzamil Hussain said that the mega project would support economic uplift and social development in the country. He added that given the water and electricity needs of the country, WAPDA was committed to completing the project within the scheduled timeline.

Drones to be used for Margalla plantation drive 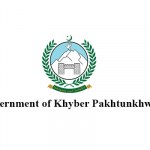 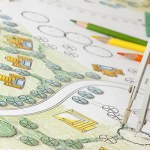