Multan: The district administration has sealed dozens of illegal parking stands for buses and demolished many makeshifts stands, a news source reported. The operation was carried out under the supervision of Regional Transport Authority Secretary Kamran Bukhari.

He said that the general bus stand would soon be cleared of all encroachments, and promised that all bus companies would be given spaces to park their vehicles under a proper mechanism.

The Punjab Government is carrying out a grand operation against encroachments and illegal parking stands. Earlier this week, the Rawalpindi Municipal Corporation (RMC), in collaboration with the police department, carried out an anti-encroachment operation at the Pirwadhai General Bus Stand and demolished 10 shops and 47 kiosks.

A team of building inspectors had identified various illegal structures and establishments during their visit to the area a week ago. RMC officials said they sent notices to the concerned traders but did not receive a response in time.

Chilas airport to be reconstructed 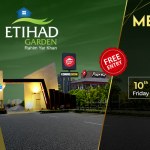