Installation of firefighting equipment made mandatory for major developments

Rawalpindi: Rawalpindi Deputy Commissioner Muhammad Ali Randhawa has made it mandatory for owners of high-rise buildings, factories, industrial units and warehouses to install firefighting equipment, reported a news source. He issued this order while taking serious notice of increasing fire breakouts in the city.

Read: Owners of plazas missing firefighting arrangements to be penalised

The commissioner ordered the sealing of property units of the owners who fail to do so. In addition, Commissioner Randhawa instructed the concerned departments to file an FIR against them and impose fines up to PKR 500,000.

Following the commissioner’s orders, the Civil Defence Department has issued red notices to 150 property owners across the Rawalpindi District. Sources within the department also revealed that a mega crackdown will be launched after the Eid-ul-Fitr holidays.

Reportedly, the Civil Defence Department has also formed teams that will carry out these operations, penalise the owners who fail to follow the instructions and register an FIR against them.

Meeting called to get approvals for LRR SL Package II 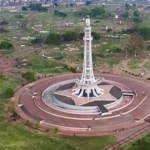