Rawalpindi: The Punjab government, Bahria Town, and DHA have finalised matters pertaining to the construction of Dadhocha Dam – a news source reported.

This proposed water facility will be constructed near Sihala in a reported timeframe of 1.5 years. Bahria Town has announced to fund this project. It will be handed over to the provincial government after completion.

Dadhocha Dam is expected to supply five million gallons of water per day to the residents of Islamabad and Rawalpindi. The project will cost approximately PKR 5.5 billion to build.

The three parties concerned recently submitted a joint report with respect to the dam’s construction in the Supreme Court. Labour work on the project will commence on the court’s orders.

Chief Minister Usman Buzdar previously formed a committee to examine proposals for constructing the dam. Its members include the provincial irrigation and law ministers. 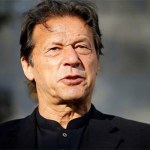