As per Project Concept-1 (PC-I), the project would take 14 months to complete and will be entirely funded by the government under the Public Sector Development Programme (PSDP). The NHA has given construction firm SMADB a contract to build Package-II at the same rate as decided in 2018, while the machinery has been mobilized on site.

On the other hand, NHA has begun hiring a new contractor for Package-I and has invited pre-qualification proposals from firms. Moreover, the following development work is also made part of the project:

● Geometric enhancements of the current road, including a 5-kilometre stretch between G T Road to Kaak Pul

● Acquisition of 1,752 kanals of land as Right of Way (ROW) ranging from 30 to 35 meters from Kaak Pul Interchange to Kahuta for highway dualisation.

Water level in rivers and reservoirs goes up 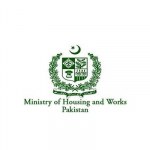