Islamabad: Federal Minister for Communications and Postal Services Murad Saeed recently announced that the National Highway Authority (NHA) will soon be working on the rehabilitation and restoration of 4,000-km-long road segments around the country — with construction work on new roads already underway, according to media reports.

On the occasion, Minister Saeed stated that this was the first time a comprehensive plan had been drafted for the maintenance of old roads and the construction of new roads. He further revealed that over 200 maintenance projects had been planned for the improvement of roads in the country.

Moreover, while talking about the new projects, the minister stated that the names and phone numbers of the contractors, project directors, and general managers would be mentioned on the signage of every project. In addition, the details of all the NHA projects would be made available on the NHA website. This initiative is expected to ensure that every officer will be responsible and accountable to the public.

Furthermore, the meeting was informed that the NHA had completed the construction of a 1,654-km-long portion of roads over the last three years — with work already in progress on another 6,117-km-long segment of roads. It was also reported that the revenue of the NHA had increased by 115%. 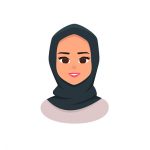