PEC drops plan to set up IMAX Theatre in Lahore

LAHORE – Punjab Entertainment Company has changed its plans to set up IMAX Theater in Lahore after facing stiff opposition. It is now going to launch the said project at Faisalabad, authorities concerned told The Nation on Monday.

The sources said that delays in the project had badly damaged the technical equipment worth $2 million which was purchased in 2006. Now the sources said the company had changed plans and was planning to set up IMAX Theater at Faisalabad and was searching an appropriate place. The initial cost of the project was Rs 1.34 billion of which the government had already granted Rs 800 million.

As per details, through this mega project the government wanted to introduce country first IMAX Theater as Part of Education and Entertainment Centre because it has attracted diverse audiences around the world.

IMAX Experience IMAX Corporation and the Government of Punjab Province, announced an agreement to install the first ever IMAX theater in Pakistan two years back. The theater which was planned to be located in Lahore, was envisaged as a multi-function shopping and entertainment park which was expected to open by September 2005.

The project consists of four sections including films and theatre, shopping alleys, restaurants, and amusement. Out of the five companies in the world, IMAX, the runner of Discovery and National Geography TV channels, was picked up for catering to the screening of 3-D, 70mm movies, which Indian film industry so far has produced only two to show against the tickets valuing Rs 3,000. It is pertinent to mention that only the IMAX machinery has to cost the government Rs 230 million to be paid in forex. He said the primary object of the IMAX project is to educate the people on modern lines. This seriously astonished the court.

A PEC official said that the project was the dream of CM who wanted to use this medium to educate the children who had the chance to pick and drop facility to be given by the government.

Now two years have passed the issue regarding place of IMAX is still ongoing. 40-kanal Doongi Ground, Gulberg had been earmarked to be used in the project.

The petitioners counsel challenging the IMAX Theater, however, took the plea that the public park was there before the creation of Pakistan and could not be used for commercial purposes. He maintained that recreational facilities such as parks and grounds were getting redundant rapidly in the city due to commercialization of lands and should be protected. It is pertinent to mention that Supreme Court of Pakistan had issued stay order about one year back.

Company took the plea that the project was good for the locals who could get their residences commercialized sell it at ten times higher prices. The petitioner moved another petition in the SC, which stopped the work again.

The company official added that the success that many of our customers are experiencing with IMAX DMR films is leading to increase interest from exhibitors around the world. We have not seen this level of inquiries in more than five years. However, he said people loved IMAX and we are really bullish about the region.

The sales activity is very strong, he said. â€œWe have lots of discussions going on right now with a variety of operators. When the popularity of an IMAX theater grows in a market, there is often demand for additional IMAX theaters in surrounding markets, he said.

Regarding Lahore project official assured that IMAX would be set up at major
cities of Pakistan and this dream would come true very soon.

April 21, 2010
There is an increase in interest among property investors for German solar energy investments as …
END_OF_DOCUMENT_TOKEN_TO_BE_REPLACED

Technical committee to be formed for Ghazi-Barotha project 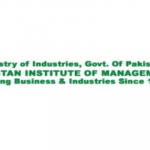