PHA fails to Take Control of Parks in Rawalpindi

Rawalpindi: The Parks and Horticulture Authority (PHA) has failed to take control of parks in Rawalpindi because the officials responsible for transferring control of the parks to the authority claim it does not generate any income on its own, and will have to rely on the budget allotted by the Punjab government.

According to a news source, however, the officials in question had also not transferred commercial zones and play lands to the authority through which it could generate some income.

LDA City Phase I to be completed on time: Chairman Urban Developers

Dilapidated water lines to be replaced

Islamabad’s popular residential project Nova City gets on board with Zameen.com 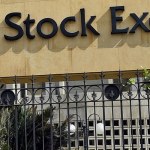 Sheranwala Gate Flyover to open to traffic this month