PWD Underpass to open for motorists from October 21

Reportedly, the much delayed PKR 432 million PWD Underpass project is a four-lane dual underpass developed on the Islamabad Expressway. The development work on the underpass has been postponed three times and is finally set to open to the public after the work on it has been completed. After completion, the project would alleviate traffic congestion on the busy Islamabad Expressway.

Read: Survey of Margalla Road begins; development work up next 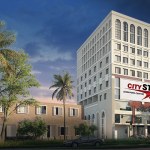