RDA to begin construction work on RRR in March 2020

Read: Section 4 to be imposed soon to acquire land for RRR project

He expressed his views on the matter during a meeting with office-bearers of the Rawalpindi Chamber of Commerce and Industry (RCCI). He said that the RDA would install a ‘Bab-i-Rawalpindi’ at the city’s entrance. He further said that a management cell was also being activated which will address problems faced by the citizens through a one-window operation.

Under the ‘Green Rawalpindi’ project, trees will be planted in the city and on GT Road, he added.

In response, RCCI President Saboor Malik said that the RRR project would contribute to the city’s economic growth. He added that the relocation of the cottage industry, grain market, furniture and marble would lower the traffic burden in the city.

Details of revisions to Islamabad Master Plan made public

Luxury Tax On Houses If Against The Basic Rights Cannot Be Recovered, Says High Court

Zameen.com get Kalam’s Cedar Valley on board for exclusive sales & marketing services 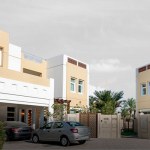