Rawalpindi: The Government of Punjab will soon impose Section 4 in a number of predetermined mouzas to initiate the process of land acquisition for the Rawalpindi Ring Road project (RRR), according to a news report. Sources also claim that the Rawalpindi Development Authority (RDA) has identified a total of 38 mouzas for this purpose.

As per the details, 29 of the 38 selected mouzas are located in Rawalpindi, 1 in Islamabad and 8 in Gojar Khan. Reportedly, the RDA Land Acquisition Collector has already received data on 7 mouzas. The provincial government will soon impose Section 4 to begin the process of land acquisition, and issue a formal notification in this regard. The Punjab government has already hire a consultant to conduct project’s feasibility study and also allocated PKR  4 billion for land acquisition.

Furthermore, the government will acquire land from the original owners without allowing mediation from a third party. Sources also revealed that the identified land will be bought according to the current market value, and that the concerned authority had already purchased some land in these mouzas.

As identified earlier, the RDA will be the executive authority of the 38.8-kilometre long RRR project, while the Asian Infrastructure Investment Bank of China will provide the funds.

For more updates on the RRR project, stay tuned to Zameen News. 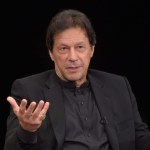