During the meeting held in this regard, the DC directed the Assistant Commissioners (AC) of different tehsils to perform the task. These included Khanewal, Mianchannu, Jahanian, and Kabirwala. He added that the revenue officials should actively participate in identifying the benami properties as per the newly introduced Benami Property Act.

CDA to hire consultant for development of zoning plan 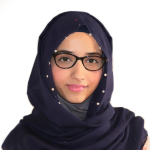