Karachi: Karachi’s bulk water project, K-IV’s cost has increased from PKR 25 billion to PKR 75 billion according to an announcement of Sindh government reported by a news source. This was disclosed in a meeting convened in CM house to settle matters on K-IV.

The first phase of the project was to be completed by 2019, however, the government officials reported that it will not be possible to meet the target of supplying water in that time. The project is to be completed with the collaboration of federal and provincial government.

The tender has been awarded to Frontier Works Organisation (FWO) and the first phase of the project will provide 260 MGD to the city through a 121-kilometre pipeline, starting from Keenjhar Lake, District Thatta, and ending at Deh Allah Phihai, District Malir.

An official also expressed his concerns that while infrastructure may be developed up to Malir, supplying water to the rest of the city may be an issue because of outdated pipelines. PKR 20 billion may need to be spent on revamping pipelines through the city and it will also make it difficult to meet the target of finishing the phase by 2019.

The Greater Karachi Bulk Water Scheme (K-IV Project) is a 650 MGD project of potable water supply to Karachi. The project is to be completed in three phases. The burden of the costs are to be equally shared between federal and provincial government. The project was originally scheduled to be completed in three years and it was awarded to FWO in June 2016 at an estimated cost of PKR 28.187 billion.

The Sind Chief Minister (CM) directed Planning & Development (P&D) Chairman Mohammad Waseem to take charge of a committee comprising of relevant experts so that estimates could be finalised. The estimates would then be communicated to the Prime Minister by the CM. He also issued strict instructions to the P&D and FWO to continue work on the project so it may be completed by the end of next year.

Islamabad International Airport to be functional by April end 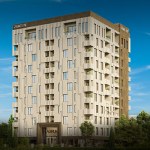