It is going along with the general market trend in the rest of the UK which also saw positive growth with capital values rising 1.5% and total returns of 3.4%, says the report from CB Richard Ellis.

‘The turnaround comes via an improvement in investor sentiment which has fed through to a general stabilisation of yields,’ it says.

But the report also reveals that so far rental values have not returned to positive growth, although there was a general improvement in the level of falls seen.

In the third quarter ERV’s fell by 0.8%, compared with a fall of 2.1% in the previous quarter.

‘This is a slowdown and shows that occupier certainty is slowly returning to the markets.

Over the past year rental values have fallen by 4.2%, compared with -8.4% at UK level,’ the report adds.

Retail was the top performing sector in Scotland with total returns of 3.3% and capital growth of 1.5%.

This was buoyed by a very strong quarter for retail warehouses, as was also seen in the wider UK market.

Scottish retail warehouse capital value grew by 3.4%, and total returns were up 5.2%.

But High street shops saw only a marginal increase in values of 0.1% and total returns of 1.8%, the report shows.

Rental declines continued although to a lesser extent, falling just 0.8% in the quarter and 5% year on year.

The report shows that Scottish offices were the weakest performing sector, recording only minor capital growth over the quarter but, importantly, recording a total return of 2.2%.

This was marginally weaker than the UK office market which was influenced by strong Central London market.

Scottish office yields stayed flat at 9.5% while office rental values continued to outperform the UK market, with rents falling by 1.3% in Scotland, whilst across the
UK rents fell by 2.6%.

The industrial sector saw a positive reversal with total returns of 2.7%, although capital values still fell marginally by 0.1%.

The strong return was supported by a relative jump in the income element of total returns, which moved from 1.9% in the second quarter to 2.8% in the third quarter.

‘Scotland underperformed relative to the wider UK market which saw total returns of 3.5% and capital growth of 1.5%,’ the report continues.

‘Investment into Scottish property improved although, unlike the wider property market, the increase was not remarkable.

The lack of investment into Scottish property in 2009 is still sizeable, with the year end figure unlikely to reach even the deflated 2008 figure of around £1 billion.

Given that strong investor activity hasn’t yet returned, there will likely be further yield compression as the weight of investors’ money returns to Scottish property,’ the report concludes. 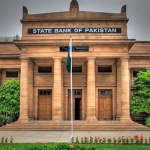 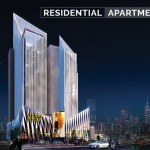