Islamabad:  Members of the Pakistan Anjuman-e-Tajiran and Traders’ Action Committee on Thursday (August 27) forwarded a proposal to merge the Metropolitan Corporation of Islamabad (MCI) with the Capital Development Authority (CDA), a news source reported. They made this demand during a meeting with Amir Ali Ahmed, who is concurrently the Mayor of Islamabad and the chairman of the CDA.

The traders’ delegation was led by Khalid Mehmood Chaudhry, Shafaq Hashmi, and Dr Shahid. While sharing their concerns with the Islamabad Mayor, the members highlighted that the government had increased taxes for the traders, and that the civic authorities that were responsible for addressing the issues faced by the traders’ community always kept complaining about a lack of resources.

They further emphasized that almost no development work had been carried out in the capital city’s commercial areas and markets over the last four years. In turn, as per the statement issued by the Pakistan Anjuman-e-Tajiran, the CDA chairman promised to address the various issues highlighted during the meeting and stated that cooperation from the traders’ community was required in order to address all their concerns. 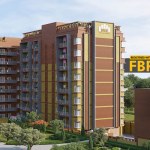