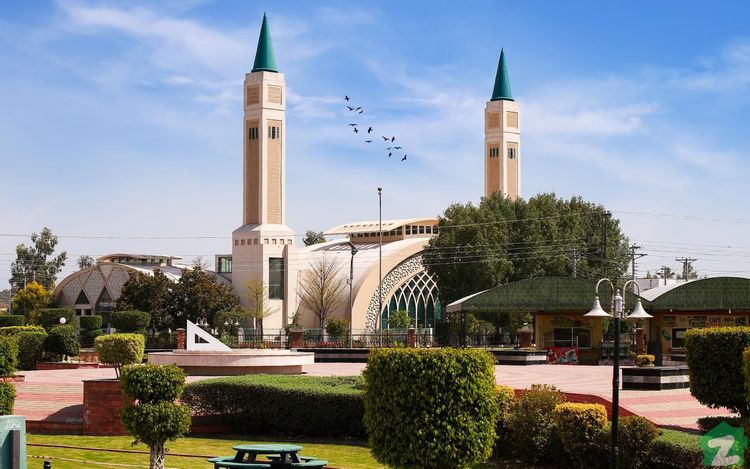 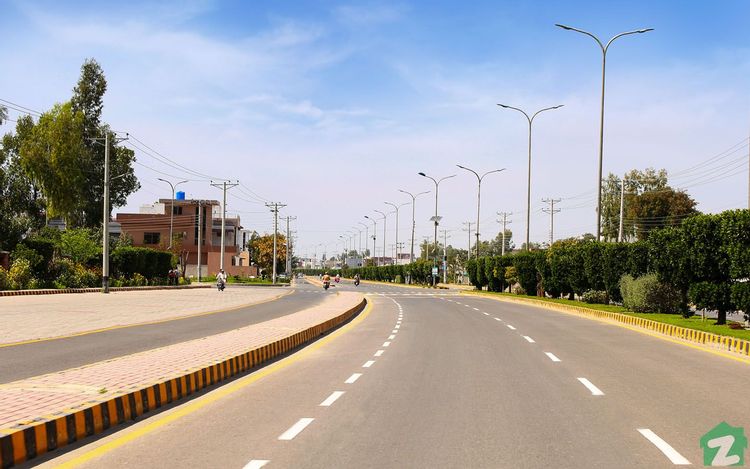 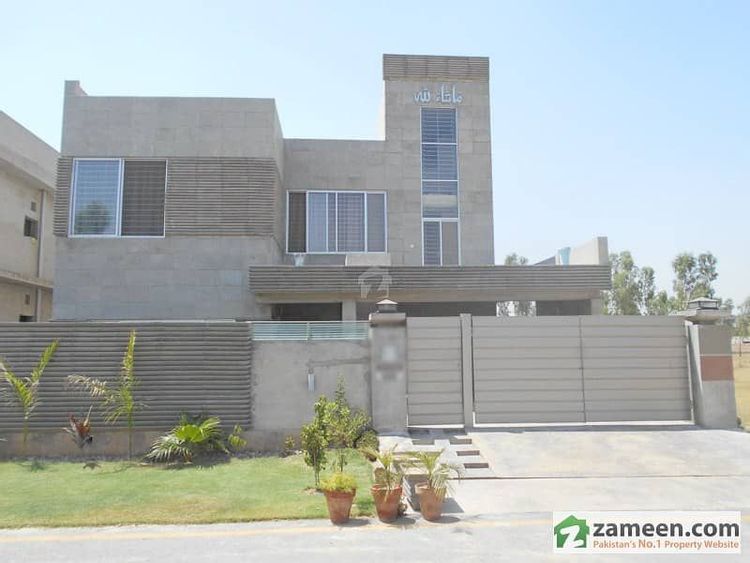 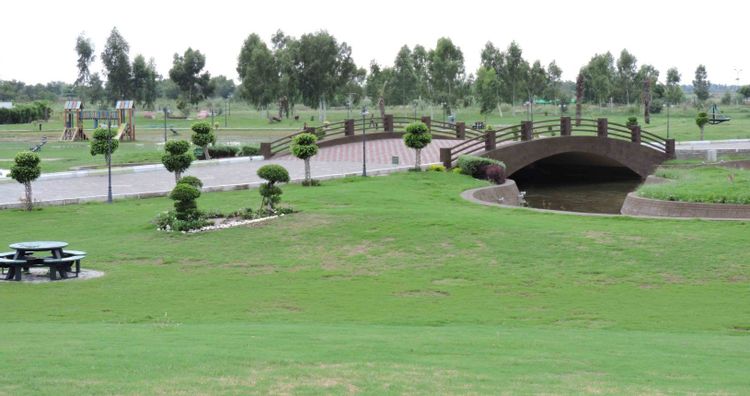 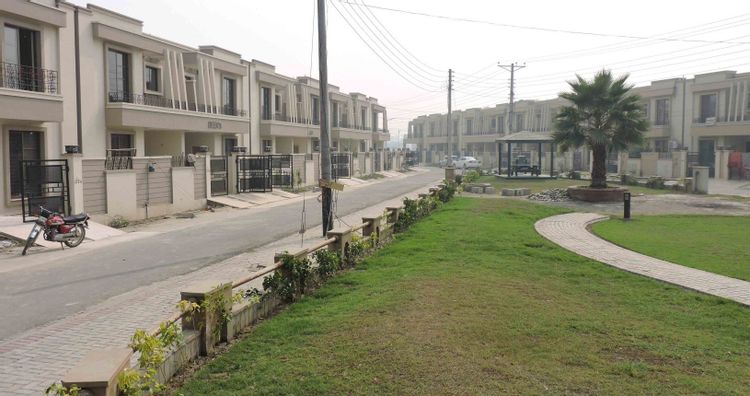 Central Park Housing Scheme (CPHS)-Lahore is an upscale development which spreads across an area of 9,500 Kanal. It is a project of Urban Developers, a renowned name in the real estate market of the city, with experience of more than three decades. The developer has a celebrated track record of constructing master-planned communities — exclusively designed by keeping in view the demands of genuine buyers and investors. Central Park is situated on Ferozepur Road/Lahore-Kasur Road, with an approximate distance of 20 km and 10 km from Kalma Chowk and Gajju Matta respectively. It is well-connected to other prime localities, including DHA Defence, Cantt, and Gulberg via Ring Road's Southern Loop. This has substantially increased the value of property prices here.

What are the Types of Properties Available in Central Park Housing Scheme, Lahore?

The residential scheme features eight blocks in total — from A to H. It is home to residential plots, developer-built homes, and owner-built houses of 5 and 10 Marla, and 1 and 2 Kanal for sale. Blocks C, D, and F comprise only 10 Marla plots, while Blocks E and H have 5 Marla cuttings. The rest of the blocks come with 10 Marla, 1 and 2 Kanal plots. The freehold properties in each of its blocks are not only fully developed but are also ready for possession, as well as for the construction of houses. Other than that, genuine buyers can also opt for 1 and 2-bedroom apartments for sale in different blocks. These fully-furnished flats come with contemporary fittings and premium interiors.

The housing project also allows the buyers to purchase commercial plots of 5 and 8 Marla — which are readily available for sale. Since most of the blocks in the community are in their development phase, investing in commercial properties will be a lucrative opportunity for potential investors. They can be a great fit for the construction of shops, offices, financial institutions, supermarkets, commercial buildings, and various other commercial entities. Additionally, business expansionists can also explore options here.

What are the Facilities & Amenities in Central Park Housing Scheme, Lahore?

Additionally, the housing society houses Central Park Medical College, Central Park Teaching Hospital, and a grand mosque. You can explore various options for restaurants, tailoring services, pharmacies, laundry, barbershops, greengrocers' stores, and meat shops here. Besides, Cash & Carry, a famous grocery store, is also operational in the society and managed by the society’s administration. As far as the values of properties are concerned, the completion of Lahore Ring Road (SL 1 and 2), and the inauguration of Southern Loop 3, have greatly increased the real estate monetary value of the Central Park Housing Scheme. Furthermore, the provision of necessary utilities and amenities, coupled with the fact that people have started to live in the society further enhance its worth.

Due to its prime location, residents can easily access all modes of public transport without any hassle. You can take a taxi or rickshaw from the main road or get a bus from the nearest bus stop. Moreover, the Metrobus system, which provides convenient access to other areas of Lahore, is easily accessible from CPHS.

Moving forward, CPHS is home to several commercial zones as well as full-fledged markets. So, apart from giving convenience to the residents, it also enhances the overall worth of the properties in this community. So, when it comes to buying medicines, groceries, plumbing, and electric supply, residents of CPHS enjoy extreme feasibility. As the process of development in society is almost complete, you can find many supermarkets in and around the scheme. These include Abyan Mini Market in 38 A, Al Madina Milk Shop, Islam Mart in 32 A, Al Doha Shopping Mart, and Madina Mart in Block A. Other markets are AS Cash & Carry in 45 Block B and Central Park Cash and Carry near CPMC Boys Hostel.

Having places of worship within or around the society can further enhance the convenience of the residents. Therefore, the builders of CPHS take this matter into their consideration as well. The society has plans in place to offer mosques in each block — in a bid to facilitate its dwellers. Currently, two mosques are operational in the society. You can head out to the beautiful Central Park Grand Mosque situated (Block B), which has upscale architecture and is capable of accommodating a large number of worshippers at one-time. The other grand mosque is Jamia Masjid (Block A). This air-conditioned mosque is abundant with all the necessary amenities.

What is the General Lifestyle of the People Residing here?

When it comes to recreational spaces, CPHS features parks in all of its blocks, and many are still in their construction phase. The most popular options include Block A Park and Al Khaliq Park in Block A, Block F Park, Block G Park and Abdussalam Park near Central Park Cash & Carry. Moreover, the society houses a Main Park in Block C, which spans over the area of 500 Kanals. It consists of a sports facility, kids' corner, lake, jogging track, sundial, space for social activities, a cafeteria, and public washrooms.

Moving forward, the residential scheme neighbours some of the most successful housing societies including Model Housing Scheme, Grand Avenues Housing Scheme, Bahria Nasheman, and Ferozepur City. Furthermore, the residential community is planned to be further connected with Lahore Ring Road via LDA City projects; this will eventually allow the residents to conveniently bypass Kahna during peak traffic hours. Other than that, Central Park Housing Scheme provides uninterrupted supply of electricity to the dwellers — owing to a 132 KV Grid Station within the premises. In short, the housing society’s perfect location potential residents can get a chance to live away from the hullabaloo of the city and relish a pollution-free environment.