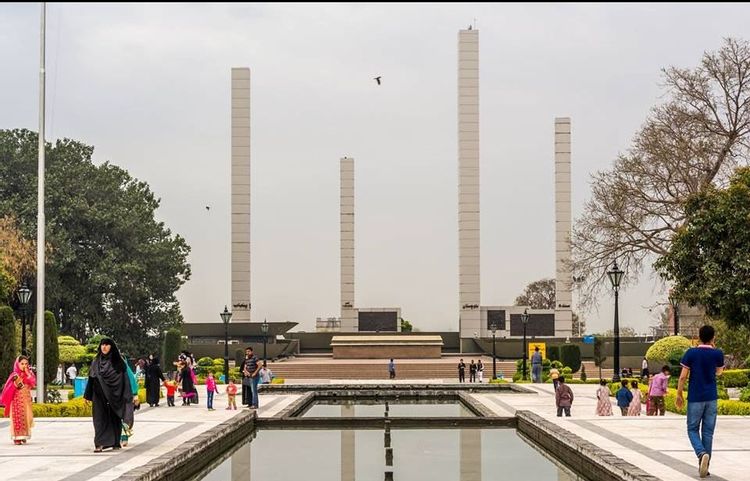 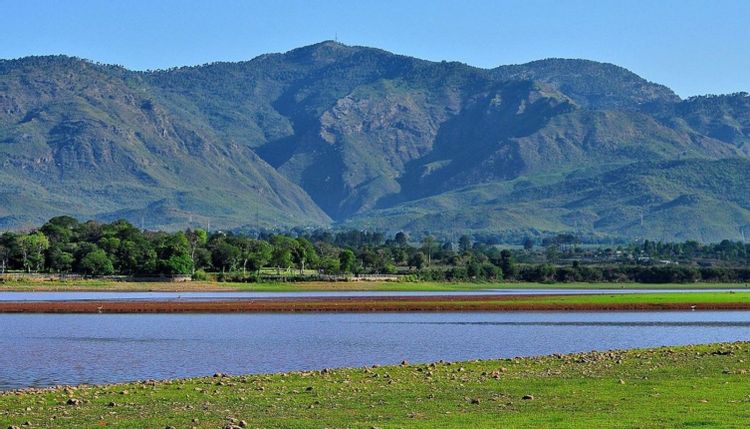 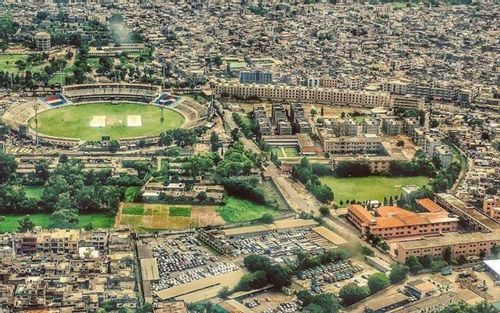 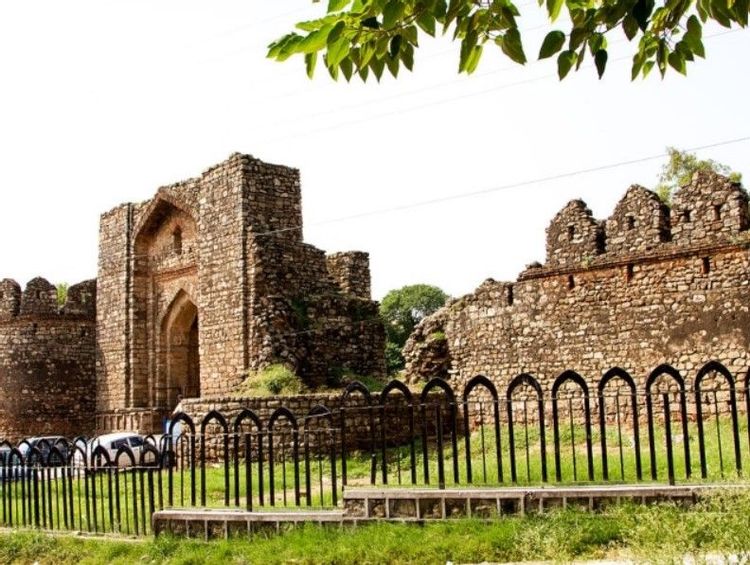 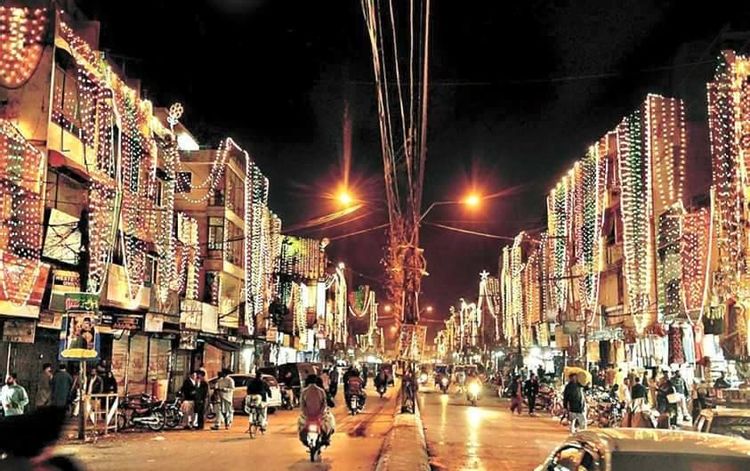 Popular as one of the twin cities, the other being Islamabad, Rawalpindi is the third-largest metropolitan city in Pakistan. The city of Rawalpindi was founded in 1867, and is said to be one of the oldest cities in Pakistan! It is believed that distinct cultures flourished for thousands of years as far as1000 BC.

Previously, the old name of Rawalpindi was Shahdheri. According to historical facts, it was a thriving city and comprised of distinct cultures such as Buddhist establishment and Vedic civilization. It appears that the terrain was a favourite choice for invasion route and so the city couldn't prosper and remained deserted until Jhanda Khan, a Gakhar Chief restored it and named it Rawalpindi or Pindi.

Rawalpindi was made the interim capital of Pakistan from 1959 to 1969, however, the title shifted to Islamabad.

In the northernmost part of Punjab, Rawalpindi is located in the Potohar region. The city is 275 km (171 miles) to the northwest of Lahore. The prime location of Rawalpindi is popular for its Buddhist heritage and neighbours the town of Taxila.

Being situated on the southern slopes of the north-western extremities of the Himalayas, the city has a mountainous and hilly topography, traversed by mountains, and rivers. The chief hill station is also situated in Pindi. Indus and Jhelum are two chief river resources of the city.

Due to the elevation and location, the climate and geography of Pindi vary from the rest of the cities in Punjab. The highest elevation point is close to Dunga Gali at 9,210 feet above sea level. cit y has a subtropical highland climate in the mountains whereas the climate in low-lying areas is rather humid subtropical instead.

The city has tree-lined avenues and historic architecture. Moreover, Pindi is the starting point of the route to Kashmir and is also connected by GT Road with Peshawar, Lahore and Karachi.

The inhabitants of Rawalpindi district are known to speak a great variety of diverse languages including Punjabi, Potohari, Majhi, Pahari, Shahpuri, Dhani and Kashmiri Urdu is the mother tongue of a limited number of locals but as a national language, it is widely spoken and understood by the sizable population.

To a visitor, Pindi offers a slice of real Pakistan with an extensive road network. Rawalpindi roads link directly to various cities in upper Punjab and KPK. One can always travel around the city through local buses or private transportations such as Uber or Careem. Taxis are also available, considered to be cheaper.

Tourists and locals will find travelling via road quite affordable. If you are interested to travel to other cities, bus services like Skyways and Daewoo Travels are available. Metrobus is yet another popular mode of transportation within the city. The network’s first phase was opened on 4 June 2015. The GT Road connects the city to Lahore and Islamabad and is parallel to M1 Motorway. However, it also provides an alternative route to Lahore via the Salt Range.

Rawalpindi is one of the ideal metropolitan areas for housing projects, businesses and other economic activities. Over the years a boom in population was recorded making Pindi the 4th largest populous city in Pakistan.

Therefore to cater for the growing residential demands, numerous housing societies are developing within and on the outskirts of the city.

The number of housing projects has increased over the years, but not all of them have been approved by the RDA. A list of legal housing schemes in Rawalpindi is available at Zameen.com for you. However, we have also mentioned the most popular RDA-approved housing societies in Rawalpindi below.

Titled as the first smart city of Pakistan, Capital Smart City is among the top trending housing schemes in twin cities. Surbana Jurong is the master planner while Habib Rafiq Pvt Ltd. is the developer. It is considered to be of the biggest projects with an area of 55,000 Kanals.

Taj Residencia is a modern housing scheme offering residential and commercial plots for the locals. Society is equipped with modern amenities and facilities for a better lifestyle. It is being developed under the leadership of the Sardar Group of Companies. Taj Residencia is an affordable investment that attracts several buyers.

It is a newly launched housing scheme under the developers Mumtaz Construction Company Pvt. Ltd. The total area for the housing project spreads over 3,000 Kanals and is located on Motorway Interchange.

Mumtaz City caters to residents with residential units, apartments, commercial areas and farmhouses. Because of road networks, it is accessible from almost every entry point to the capital city.

PIA Enclave is one of the latest housing schemes dedicated to aviation employees, locals and overseas Pakistanis. It is in proximity to the airport, only 5 km away, making it an ideal choice for several buyers. This housing project is offering 5 Marla, 10 Marla, and 1 Kanal plots to the residents.

Rawalpindi’s location gives it an ideal edge to become an attraction for the bypassers and locals. The city is near to historic Taxila and other sites. Some of the popular sites to explore include:

Built in the early 16th century by Potohar rulers, Rawat Fort was built to protect the region from Sher Shah Suri. It is situated on GT Road with two gates. The Gakkar leader, Sultan Saranf Khan, along with his 16 sons are buried inside the fort.

Located near Jail Road, Jinnah Park is an attraction for several people of all age groups. Park is beautified with flower gardens, and fountains and also has a playground. If in the mood for fast food, people can enjoy Mcdonald's over there.

Located around 40km from Pindi, Pharwala Fort was built in the 15th century by Gakkars. It is protected by a small Himalayan range on one side and the Swaan River on the other side. Although it's hard to reach the fort, people reach it by crossing the river on foot.

One of the traditional markets in Pindi is Saddar Bazaar, located in Rawalpindi Cantt. Nearby Saddar Bazaar you will also discover large shopping malls, the main road that leads to the other side of the town and the railway station as well.

Rawalpindi Gold Club is located in Ayub National Park, constructed with a 9-hole track but now the track is updated with a 27-hole. It was originally constructed in 1926.

The museum opened in 1961 exhibiting guns and weapons from the Mughal era to modern arms and weapons. Pakistan Army Museum offers a detailed history of Pakistan’s Army progress over the years.

It is one of the biggest recreational parks in Pindi that consists of a river, zoo, hilltop and also wildlife.

A popular bazaar located close to Fawara Chowk, is renowned for its commercial shopping area, selling all types of goods from food to apparel, jewellery, shoes and other items at cheap rates as compared to other cities.

A total of 2,463 government public schools, including 306 middle schools, 334 high schools and 1,706 primary schools are running in Pindi. Besides, there are 117 higher education colleges and 17 universities!

Among the top universities in Rawalpindi are as follows.

However, among the top schools in Rawalpindi include:

Rawalpindi is a populous city with a developed infrastructure. With time, you can find a plethora of housing societies in Pindi offering world-class amenities and features the best residence you can find in Punjab. Interested to get your hands on 5 Marla, 10 Marla or 1 Kanal plots? Visit Rawalpindi Area Guide to find available plots and homes in the most popular housing societies!