Justice Muhammad Ramzan Chaudhry of the Islamabad High Court (IHC) here on Tuesday directed the Capital Development Authority (CDA) officials to submit a detailed report before the court regarding the status of the land in Sector E-12.

Earlier, the chief justice of the IHC had taken a suo moto action on the land dispute after a man through a letter intimated the court that the CDA had announced Sector E-12 in 1989 and after a lapse of 20 years with all installments of plots already deposited, nobody till now has been given possession of plots.

A CDA director and a legal counsel of the civic body, Barrister Masroor Shah, Tuesday appeared before the court and said that the land where Sector E-12 was to be developed belongs to the CDA, but it is not in its possession.

Upon listening to both sides, the IHC judge put off hearing in the case till August 10.

In his reply, the SHO also told the court that the Aabpara Police did not arrest Shah Abdul Aziz.

The deputy attorney general (DAG) denied claim of the petitioner that Shah Abdul Aziz was arrested along with a suspected terrorist, Fidaullah. He said that he was arrested from Hill Road which is not in the jurisdiction of Aabpara Police Station.

During last hearing in the case, Justice Amjad Iqbal Qureshi of the IHC had directed the deputy attorney general to submit his reply in the habeas corpus petition of Shah Abdul Aziz.

The petition was filed by Mehboob Elahi and Khalid Khawaja on June 22 for the release of Shah Abdul Aziz who was allegedly abducted in May 2009. The petitioners suspected that he was kept in illegal confinement at Aabpara Police Station.

The IHC judge adjourned hearing in the case till July 24.

In another case, a division bench of the IHC, comprising Justice Muhammad Arshad Tabrez and Justice Syed Intikhab Hussain Shah, adjourned hearing in the bail cancellation plea of former ‘khateeb’ of Lal Masjid Maulana Abdul Aziz. The hearing was put off, as lawyers from both sides could not appear before the court.

May 26, 2016
Lahore: The Lahore Development Authority (LDA) has amended clause 2.6.1 of the LDA Building and …
END_OF_DOCUMENT_TOKEN_TO_BE_REPLACED 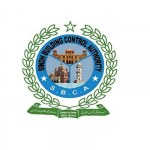