Islamabad: Housing societies falling in the territorial limits of Islamabad are now required to take steps for the provision of all civic amenities for their residents, including solid waste system, and road networks among others, according to a news source. The Capital Development Authority (CDA) be willing to provide technical support for setting up these facilities to facilitate the residents of the city. These orders were given during a meeting held on Tuesday at the CDA headquarters.

Read: CDA hands over land for 5 dumping stations to IMC

During the meeting, it was made clear that the CDA’s rules and regulations will not be slackened in this regard. Representatives of housing societies were instructed to submit engineering plans for sewerage treatment plants to the CDA and to set them up as soon as possible. It was suggested that two to three societies could even come together to establish a single plant if it is found to be feasible.

The representatives were instructed that roads and other infrastructure in housing societies should also be up to the mark and meet the CDA’s regulations. They were asked to submit their suggestions to be placed in front of the Federal Commission to revise the master plan of the capital in due time. 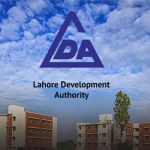