Punjab Chief Minister Mian Shahbaz Sharif has sought a report from the Rawalpindi Development Authority (RDA) on the traffic control project regarding construction of two tunnels at Mareer Chowk. He has asked the RDA why work on the project has not yet been started despite provision of funds under the special development package, PML-N MNA Malik Shakil Awan told ‘The News’ on Tuesday.

Shakil Awan said that the chief minister had allocated a development package of Rs2 billion for the Rawalpindi City under which many schemes, including roadwork, waterworks and beautification of Rawalpindi, were to be carried out. The work on some traffic control projects like the flyover from Chandni Chowk to Sixth Road is in progress. However construction of two tunnels, starting from ‘The News’ office to Mareer Chowk and Kutchery Chowk has not yet been started by the RDA.

“During my recent meeting with the Punjab chief minister at Lahore along with MPA Sheharyar Riaz, we discussed development schemes on which work is in progress. The matter of construction of two tunnels also came under discussion. Mian Shahbaz Sharif expressed his deep concern over the non-initiation of work on tunnels for smooth traffic flow. He has sought a report from the RDA why the work on the project has not been started despite provision of funds. The report will be submitted to the chief minister within a week,” he said.

Shakil Awan said that the total cost of two tunnels is Rs720 million. In the first phase, work on one tunnel would be started from Mareer Chowk to Kutchery Chowk with a cost of Rs360 million. The completion period of the project is 90 days, he stated. The second tunnel would be built from Mareer Chowk to Committee Chowk by the end of next fiscal year. All development works would be completed in Rawalpindi City before the next general elections, he added.

“We will not ask people to vote for us, but it will be they who will cast votes in our favour again in the next general elections because of our performance,” he claimed. On the other hand, RDA Deputy Director Mohammad Umar expressed his unawareness about the matter regarding any report sought by the Punjab chief minister on the construction of tunnels at Mareer Chowk. He, however, said that the RDA has already submitted the PC-1 of the project to the Planning and Development Commission for its review and consideration. The cost of the tunnel would be Rs350 million and only one tunnel would be constructed from Mareer Chowk to Kutchery Chowk. Two additional tunnels would be built under the main tunnel, he informed.

RDA Director General Chaudhry Naseer Ahmed, when contacted by ‘The News,’ denied the claims of MNA Malik Shakil Awan that Punjab Chief Minister Mian Shahbaz Sharif has directed the RDA to submit a report on the tunnel project. “We have not received orders in this regard,” he stated. The report might have been sought from the Highway Department by the Punjab government, he added.

Civic bodies to submit reply over constructions in flood zones 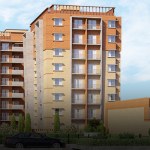 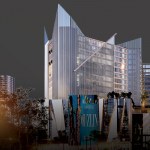