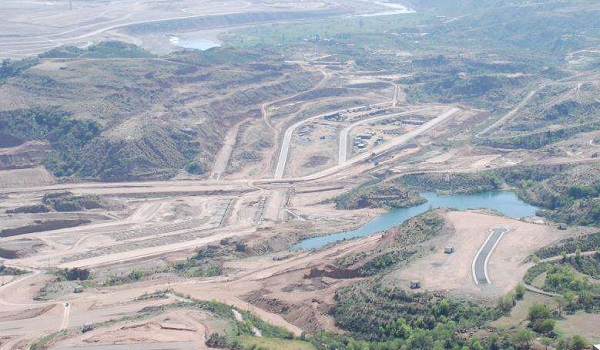 Ever wondered what’s going on in DHA Islamabad? Phases I and II are on the map, but what about Phases III and IV? We’ve got some inside information about Phase III whose authenticity we’re still vetting, so we’ll share it with you whenever we are certain it is accurate. Meanwhile, let’s walk you through a few facts about DHA Islamabad Phase IV that you are unlikely to find anywhere else on the Interwebz.

Please note that these facts have been provided to us by Property Investment Point CEO Brig (R) Waqar Raja, who is a highly knowledgeable and exceedingly generous real estate professional based out of Islamabad. As and when he shares more facts with us, we’ll be sure to share them with you in turn.

Phase IV is located near Phase I. It expands along Soan River, opposite to Bahria Intellectual Village reaching M2 Motorway Interchange. It also touches Askari 14 as well as Adiala Road. Because of its brilliant location, Phase IV has three entries, providing easy access from three different sides of the city.

When it was launched, the project was conceived to be a joint venture between DHA Islamabad and Bahria Town, while Habib Rafiq (Pvt) Ltd was supposed to carry out the development work. In 2013, due to complications such as delays in land acquisition and lack of understanding between these three major groups, DHA Islamabad decided to take over the project completely and develop it in two phases. It was decided that development work in Sectors A, B, C and D, together spanning 5,143 kanal, would be completed by the National Logistics Cell (NLC) in a period of 3 years in the first phase. The second phase of development was to begin upon the completion of the first phase.

The takeover of the project by DHA Islamabad meant that the authority would acquire the remaining land itself. DHA Islamabad also decided that the landowners who had made the full payments of their properties would be allotted plots in the blocks developed in the first phase. Re-balloting would take place to allot plots to the remaining applicants later. Initially, the balloting was planned to be held in November 2014 but as of now, the DHA plans to do it in the second half of 2015.

After finalising the details, development work by NLC began at the site in 2014. According to the DHA’s plans and how things appear at the moment, development work of the first phase of the project is expected to be completed by 2017. Fast-paced work is currently being done on the development of roads and bridges and by the end of this year, these sectors will be laid out on the ground.

Brig (R) Waqar Raja tells us this is the perfect time to buy land in DHA Phase IV as rates are steadily increasing because of the continuous development. The average market rate of 1-kanal residential plots in DHA Phase IV, as of May 2015, is between PKR 6,500,000 and PKR 6,800,000 according to Brig (R) Raja.

For a promising investment in DHA Islamabad, Phase IV presents itself as a great opportunity since Phases I and II are now fully developed and have less potential for large-scale gains, while DHA Phase III is far from development as of now.

The secure location of Phase IV amidst many fine projects such as Askari 14, Attock Oil Refinery, Bahria Phase VIII and DHA Phase I makes it highly popular for investment. Moreover, the scenic beauty and the natural landscape of Phase IV is also a major reason why investors and homebuyers are equally excited about buying land there.

There you have it. Everything you needed to know about DHA Islamabad’s Phase IV. If you’d like to avail this brilliant investment opportunity, we suggest you get in touch with Brig (R) Waqar Raja at 0320-5010777.