The CM made these comments while presiding over a meeting on the progress of the CIP. During the session, he instructed the authorities concerned to complete all development projects and plans under this initiative in a timely manner.

During the meeting, CM Khan was briefed on the CIP, and was informed that the project included the provision of clean water to major cities, improvements in drainage and sewerage systems, infrastructural development, and the establishment of a solid waste management system. Moreover, it was further revealed that these projects are expected to be completed with the assistance of the Asian Development Bank and other donor agencies.

Additionally, the project also includes the creation of Company Bagh and Baghdada Park, and the enforcement of green initiatives across Mardan. Likewise, various additional development projects have been planned for Mingora in Swat Valley. These include the improvement of the solid waste management system, development of the riverfront in the area, and the formulation of a master plan to resolve traffic congestion in the city’s Main Bazaar.

Similarly, development funds in Peshawar are expected to be spent on various projects, including the upgradation of the city’s solid waste management system, the installation of sewage treatment plants in Hayatabad and Regi Model Town, and the development of Besai Park and Baghe Naran. Reportedly, identical ventures have been planned for Abbotabad and Kohat as well.

Computerisation of land records in KP 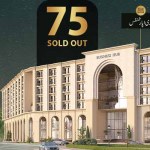