Islamabad: The federal government on Saturday (May 16) shared the details on the funds released – PKR 562 billion from an allocated total of PKR 701 billion – for the Public Sector Development Programme (PSDP) 2019-20 projects, a news source reported.

The Ministry of Planning, Development, and Reform shared the finalised data and figures regarding the funds released and allocated. Under the PSDP 2019-20, the government has released PKR 237.8 billion for federal ministries, PKR 43.46 billion for special areas, and PKR 185.57 billion for various corporations. The Pakistan Nuclear Regulatory Authority received PKR 270.47 million under PSDP 2019-20 against the total allocation of PKR 270.47 million.

When the homeowners become homeless 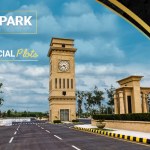