Lahore: Shehriar Imtiaz Rafi, former partner in Millennium Land Development (a firm engaged in the development and selling of plots in New Lahore City) has declared that  he has no association with the firm and New Lahore City with effect from March 15, 2016, according to a news source.

Reportedly, the partnership could not continue due to some issues between Shehriar Imtiaz Rafi of Rafi Group and Ejaz Anwar of Millennium Land Development/Zaitoon Group.

Rafi Group is still being contacted for issues regarding New Lahore City, which led the group to roll out a press release clarifying that it has no association with New Lahore City.

Punjab to issue licenses for commercial use of water

December 7, 2010
The announcement that Qatar is to host the 2022 FIFA football World Cup tournament has …
END_OF_DOCUMENT_TOKEN_TO_BE_REPLACED 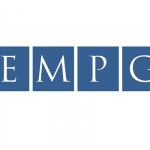