RDA to issue NOC to high-rises falling outside CAA domain

Rawalpindi: The Rawalpindi Development Authority (RDA) and other government authorities concerned will soon be empowered to issue no-objection certificates (NOC) to high rises located beyond a 15-kilometre radius of the Islamabad International Airport (IIA), according to a news source published on September 24.

Previously, approval from the Civil Aviation Authority (CAA) was required regarding the height of projects located in RDA-controlled areas near the IIA. However, as per the source, this approval process would take up to three months. In addition, developers were further required to contact the Survey of Pakistan to verify the exact location of their building in order to ensure it did not fall under the CAA’s jurisdiction.

This information came to light during a meeting between Chairman RDA Tariq Mehmood Murtaza and Federal Aviation Minister Ghulam Sarwar Khan. On the occasion, the RDA chairman directed the authorities concerned to simplify the process for the acquisition of layout plans and housing schemes’ approvals — with this move expected to be in line with Prime Minister Imran Khan’s decision to grant the construction sector the status of ‘industry’.

In turn, the aviation minister asked for a regulatory framework to be formulated that would allow for the construction of structures in already approved housing societies, without the requirement of acquiring an NOC from the CAA first. Additionally, he assured Chairman Murtaza that all requisite facilities would be provided to the construction sector for the development of new projects in RDA-controlled areas.

Separately, another online system is also expected to be created, with the involvement of the RDA, the Rawalpindi Metropolitan Corporation (RMC) and the district planning and traffic engineering departments. This facility would allow developers to verify various aspects of their projects, including building regulations, the number of high rises in the project area, and the project’s proximity to the IIA.

Book your LV Heights apartment in Lahore on 4-yr instalments, get possession in 2-yrs 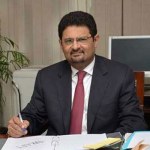 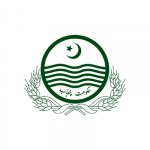 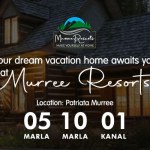