Rawalpindi: Rawalpindi Deputy Commissioner (DC) Tahir Farooq has asked the Parks and Horticulture Authority (PHA) Rawalpindi to beautify and uplift Marir Hassan area, according to news published in the national dailies on May 9.

As per the details shared by a spokesperson (whose name was not disclosed) that the PHA Director General Zaheer Anwar Jappa along with DC Farooq visited the Marir Hassan Chowk and directed the authority to beautify the area to make it appealing.

Moreover, the DG PHA notified the Rawalpindi DC that the authorities have been directed to make the city lush green. He also asked the relevant authorities to complete the beautification process as soon as possible. The director general had directed the officials concerned to utilise all available resources for beautification purposes and provision of a clean environment for the people.

Sukkur-Hyderabad Motorway to be built under PPP mode 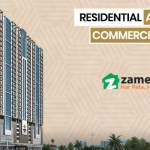 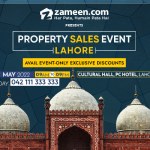 Zameen.com gears up for its Property Sales Event in Lahore this Sunday